Objectives: Using dual head-mounted eye tracking during naturalistic parent-child toy play, we assessed whether young children with ASD ages 24 to 48 months exhibit abnormalities in three social behaviors that have previously distinguished children with ASD from typically developing children in traditional laboratory-based studies: (1) face looking, (2) mutual eye contact (i.e., moments in which both the parent and child look at each others’ faces), and (3) joint, or shared, attention on objects.

Methods: Twenty-three parent-child dyads (N = 7 ASD; N = 16 TD) provided usable eye tracking data (out of 39 dyads tested: 20 ASD, 19 TD). Parents and children were fitted with head-mounted eye trackers, and were free to play with 24 different toys for five minutes. Parents were instructed simply to play with their children as they typically would at home. Offline data processing was carried out using a manual coding procedure, in which the targets of gaze for both the parent and child were coded separately. Joint attention was objectively identified as moments where both the parent and child looked at the same object at the same time. See Figure 1.

Conclusions: Our results suggest that findings from screen-based and highly constrained studies may not always translate to more naturalistic behavior. We found that children with and without ASD rarely looked at faces, in contrast to what would be predicted from screen-based eye-tracking studies. Furthermore, an important behavior reflecting coordinated social engagement — namely, joint attention — was present and occurred at typical levels among the ASD dyads, suggesting multiple routes beyond face looking to achieve coordination (Yu & Smith, 2013). Future studies will examine additional aspects of naturalistic parent-child dyadic interaction in ASD, including vocalizations, object exploration, and sustained attention. 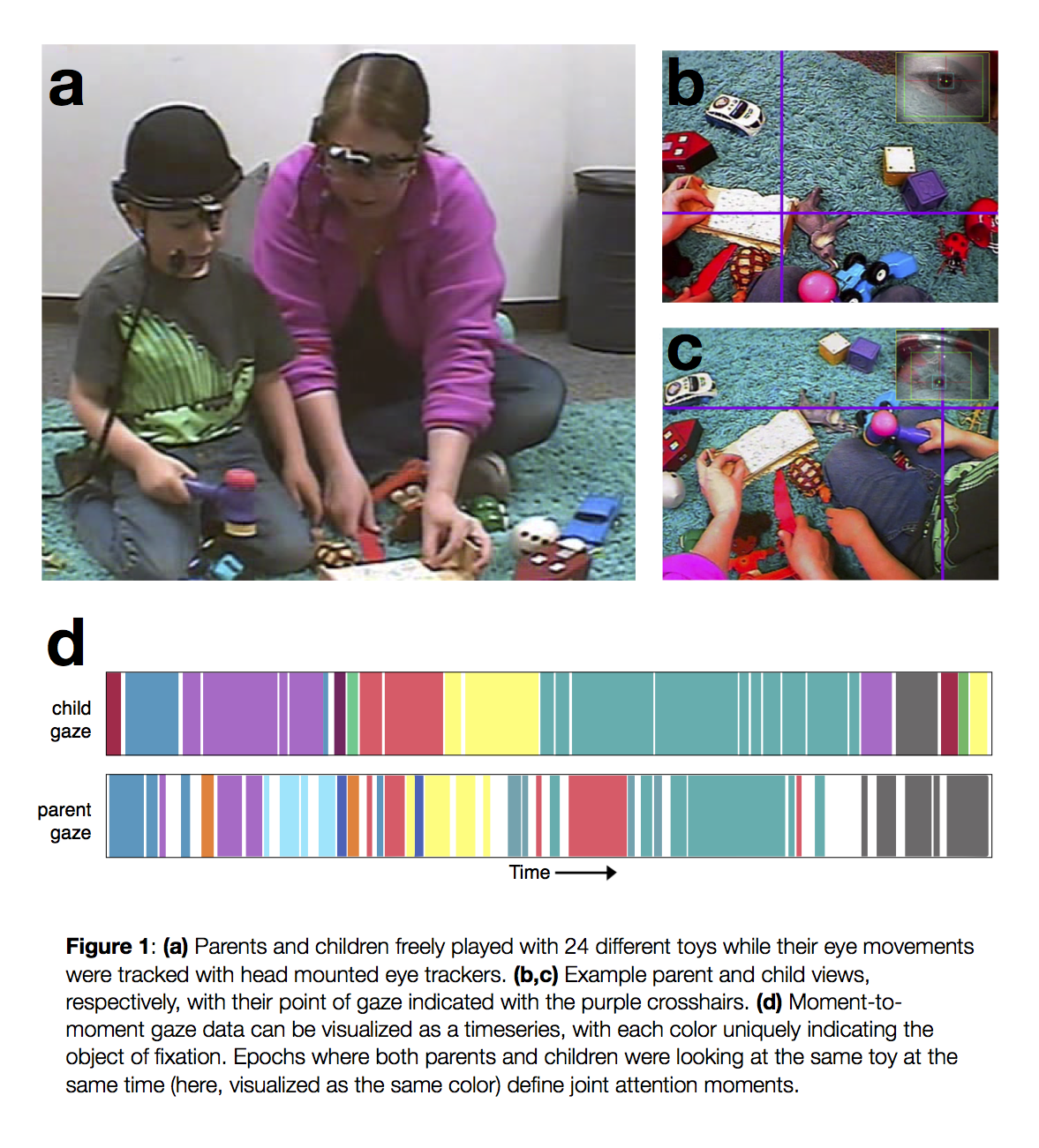