Objectives: To compare children with multiplex and simplex familial risk for ASD on: (1) rates of ASD, atypical, and typical outcomes at 36 months; (2) developmental abilities, adaptive skills, and ASD symptoms within no ASD and ASD outcome groups.

Conclusions: Results are consistent with previous reports of a twofold increase in ASD risk for multiplex siblings. In contrast with a study of school-age children with ASD (Cuccaro et al., 2003), we found evidence that multiplex children with and without ASD were somewhat more affected than simplex children. Within the no ASD group, these deficits were primarily characterized by lower developmental abilities. Findings may reflect an increased incidence of inherited risk variants in multiplex children that, while increasing the likelihood of atypical outcomes, may also be less specific to ASD. Further analyses will include longitudinal modeling of developmental trajectories in the first years of life to identify the earliest markers of atypical development in multiplex siblings. Results support the need for direct examination of genetic contributions to neurodevelopmental phenotypes of infant siblings. 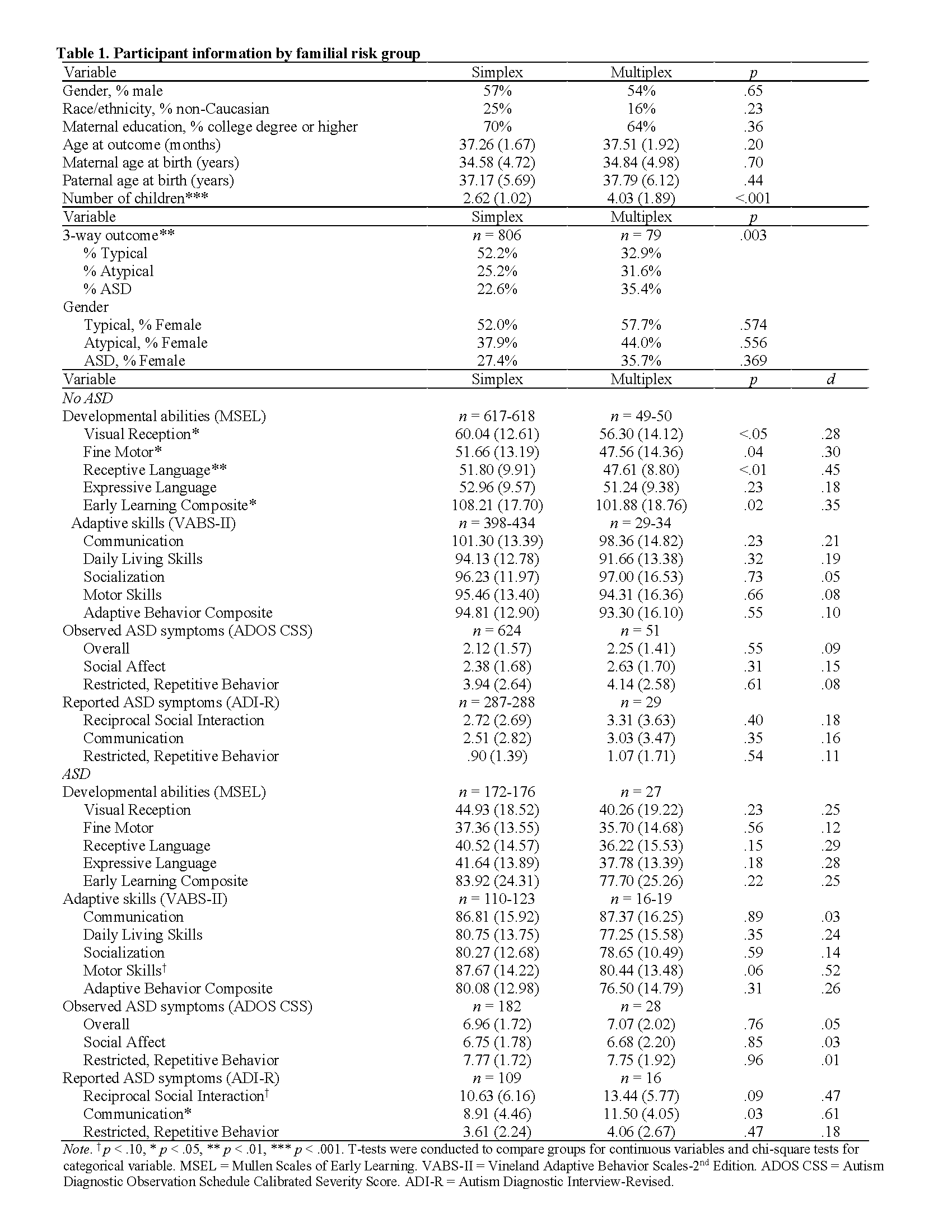