Conclusions: This project lays the foundation for dimensional gesture coding that can be used in genetic and imaging research, as well as to track developmental change and treatment response. Of note, our study does not address the issue of how gestures are defined and conceptualized. Although we were able to code over 1,700 individual gestures, they may fail to capture the full extent of communicative gestures in children with ASD. In addition, we only coded fully formed gestures – developing and partially formed gestures were coded in the “other” category; our findings may therefore not capture children’s emerging skills. Our next steps include distinguishing between gestures that do and do not carry communicative intent, increasing our sample size, and coding gestures in the same infants at 12 months for use in longitudinal analyses. 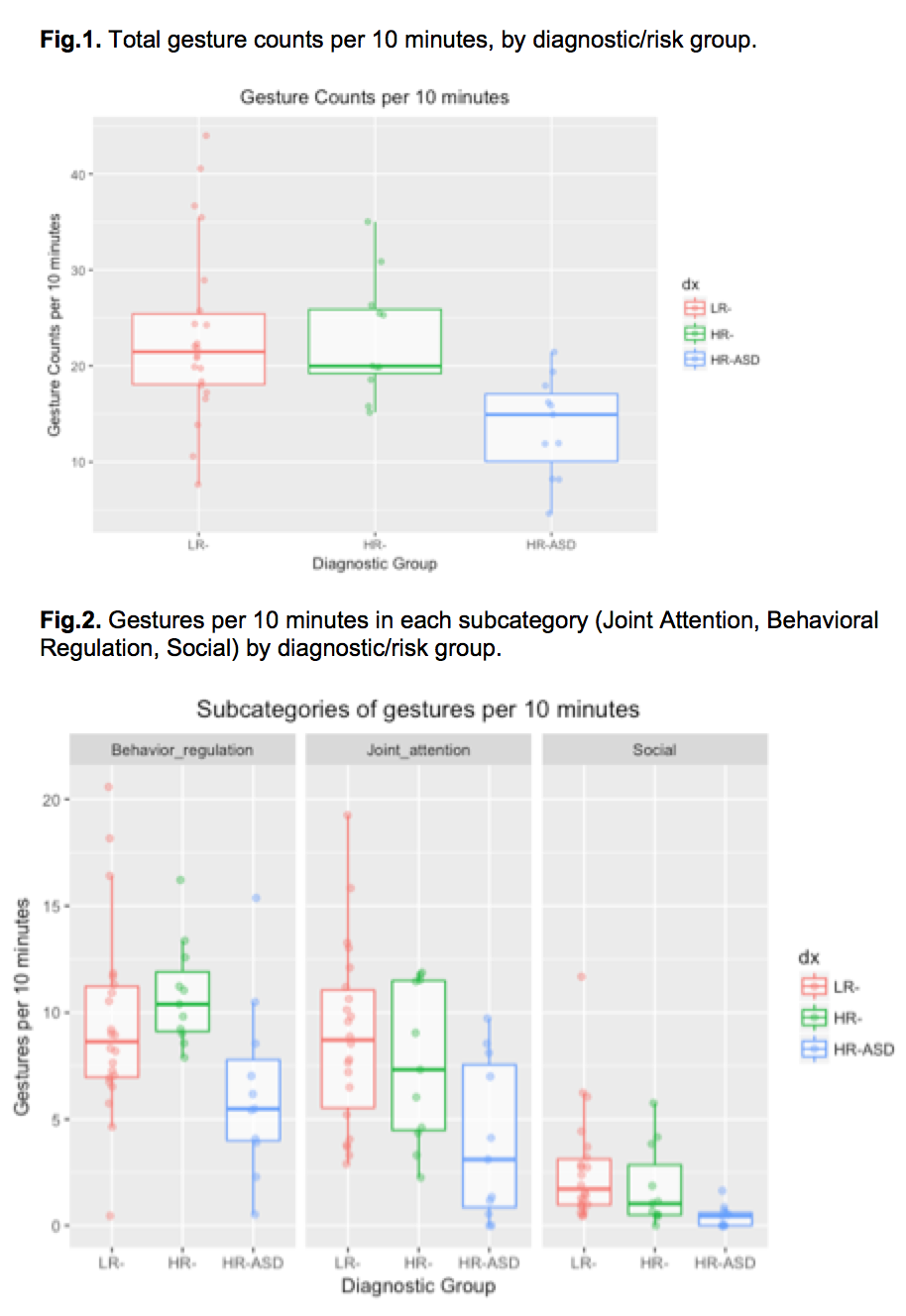