28241
Sensory Stress in Primary Schools: Not Just a Problem for Autistic Children

Poster Presentation
Hall Grote Zaal (de Doelen ICC Rotterdam)
D. R. Simmons, S. Bell and N. Stack, School of Psychology, University of Glasgow, Glasgow, United Kingdom
Background: It is well-known, and now enshrined in diagnostic criteria, that unusual sensory experiences are problematic for children with Autism Spectrum Disorder (ASD). A vexed question, however, is whether autistic children should be protected by adjusting the environment, potentially requiring segregation from their neurotypical peers. Much previous research into the sensory experiences of children with ASD has relied heavily on parent/teacher-report measures and may have underestimated the difficulties experienced by neurotypical children (Simmons, Robertson & Brown, 2016). In this study we focused on two UK primary schools (equivalent to Grade Schools in the USA), one specializing in children with Additional Support Needs (ASNs), like ASD, and another with a largely neurotypical population. Objective measurement of sensory stressors using the “sensory audit” technique (Robertson & Simmons, 2012) were combined with focus groups and interviews with the pupils to establish the impact of sensory stress in the school environment.

Objectives: To combine objective environmental data with self-report data from pupils to assess the impact of sensory stress in primary schools on both autistic and neurotypical children.

Results: Preliminary analysis has revealed that most children, whether autistic or neurotypical, reported issues related to sensory stress. Particular examples included distraction and discomfort caused by strong sunlight streaming through Venetian blinds, difficulties tolerating noise in the busy school canteen at lunchtime, and unpleasant smells from toilets and changing rooms. Curiously, younger (typical) children (4-8 years old) preferred busy, colourful classrooms (“Because it looks like a party room!”) although older children (9-11 years old) preferred a less stimulating visual environment (“I like how it’s tidy”). Future correlational analysis between objective measurements obtained during the sensory audit and the subjective reports from the children will further clarify the details of these sensory preferences and dislikes.

Conclusions: These data underline that sensory stress is problematic for both autistic and neurotypical children in school environments. Given the clear data from parent/teacher-reports that there are differences in sensory reactivity between autistic and neurotypical children it could be that methods for coping with sensory stress amongst neurotypical children are more effective, although potentially becoming internalized and manifesting differently as, for example, anxiety (Robertson & Simmons, 2015). Clearly, careful consideration should be given to the sensory environment in all schools, with a particular focus on the provision of quieter, less intense spaces for the most sensitive children. 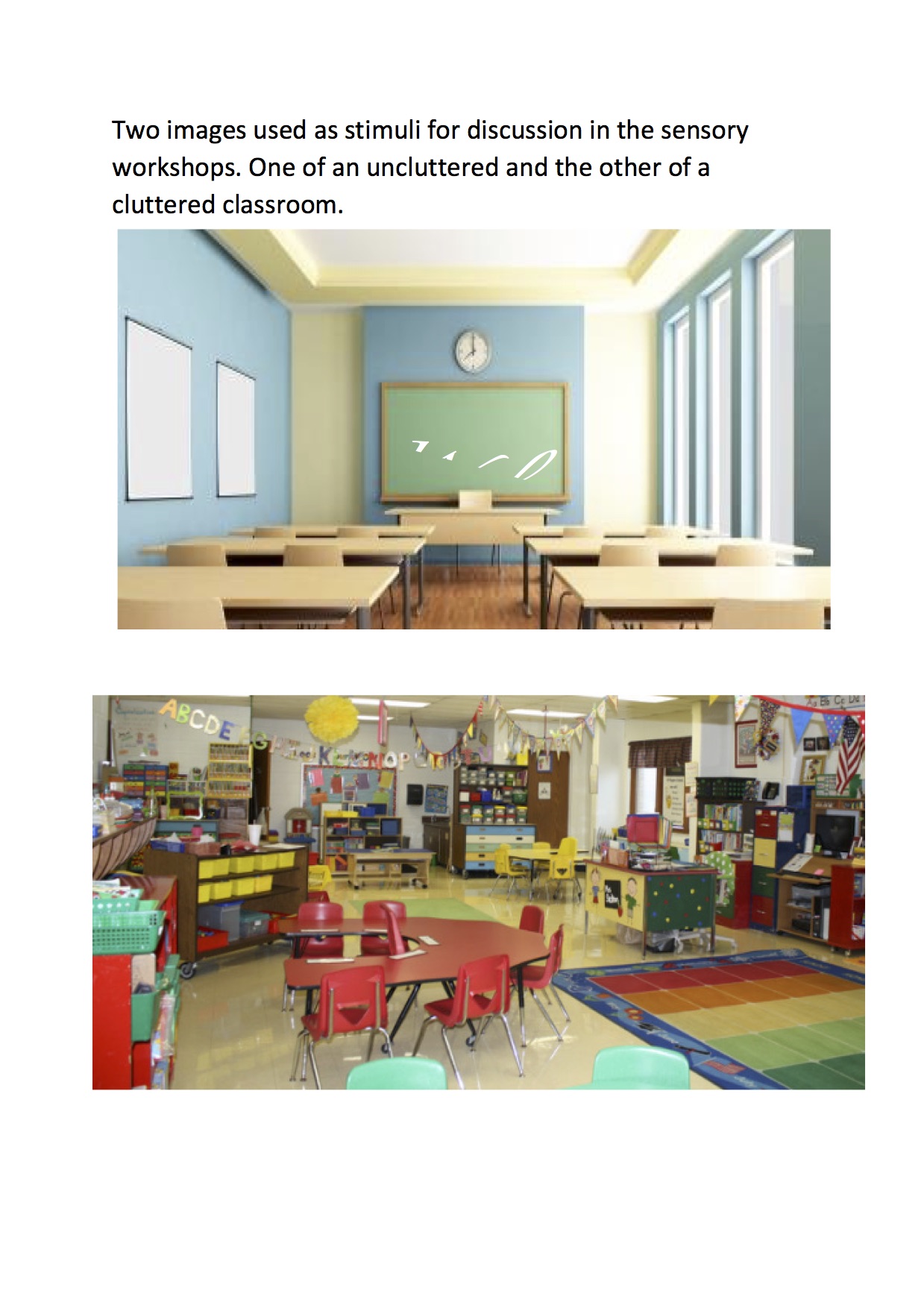