28253
The Use of Rewards at Home in Children with Autism Spectrum Disorders: A Parent Survey

Objectives: We investigated which rewards parents of ASD children use at home compared to parents of Typically Developing (TD) children and how effective they are.

Methods: In the context of a larger project on reward processing in autism, the parents of 33 ASD (age 4-15) and 22 TD children (age 5-8) completed a survey about 1) the tokens and activities they used as rewards at home 2) the toys, objects and activities that their children generally enjoy. For each item endorsed, parents also rated how enjoyable they were for their children on a 1(little) to 5(very) scale. Items included tokens (gold stars, stickers), snacks, sensory toys and activities (sand, water play), toys and activities with a social feature (action figures and dolls, seeing a friend), time for watching TV or playing on the computer, social rewards (praising, high fives, cuddles), sports and outdoors activities (playground, swimming), etc.

Conclusions: Overall many items were endorsed as rewarding by parents of TD and ASD children equally. Praise however was used by fewer parents of children with ASD and rated as less rewarding by those who used it compared to parents of TD children. In the context of education, it might be good to substitute praise for other rewards such as smiling or high fives which might be more accessible and rewarding for ASD children. In line with previous literature, action figures and dolls which elicit symbolic play were deemed rewarding by fewer parents of ASD than TD children. Perhaps less expectedly, stuffed animals, books and drawing and painting were reported to be enjoyable by fewer parents of ASD than TD children. It might be important to consider the roles these toys and activities support beyond reward (e.g. comfort, learning, shared interaction, artistic development) to offer appropriate substitutes to children with ASD (e.g. sensory toy, tablet, music). 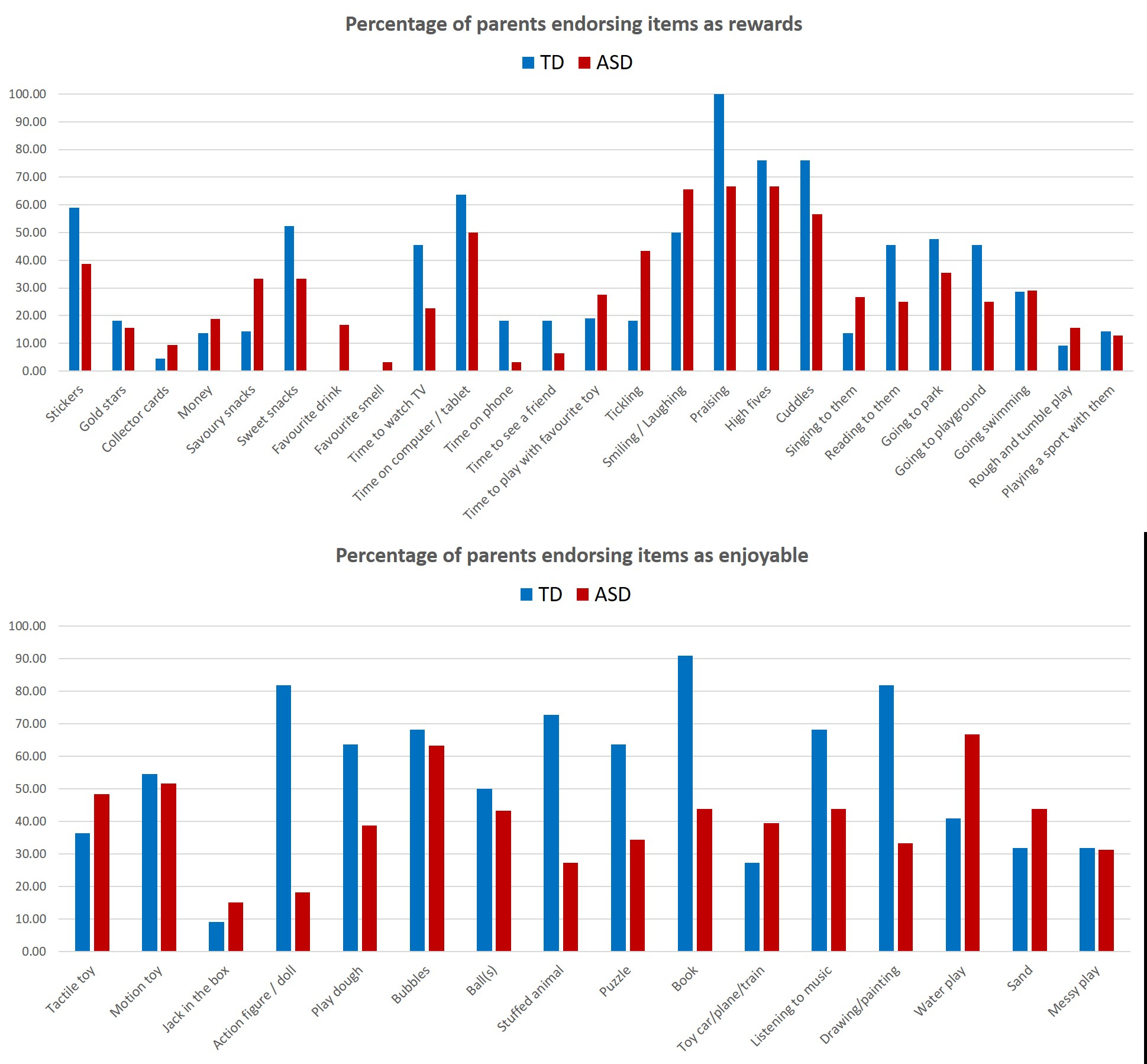