Objectives: We sought to investigate, for the first time, white matter microstructural differences between individuals with and without a ASD diagnosis using the NODDI imaging technique.

Methods: Participants for this study consisted of 108 individuals between 5 and 42 years of age, 41 of which were diagnosed with ASD. A three-shell diffusion weighted imaging (DWI) protocol was acquired with b-values of 350, 800, and 2000 s/mm2 at 63 non-collinear diffusion encoding directions on a 3.0 Tesla GE MR750 scanner. Following acquisition, DWI images were corrected for eddy-current distortions and head motion and subsequently fit to the NODDI model, yielding parameter maps of intracellular and isotropic volume fractions (νIC, νISO, respectively), and orientation dispersion index (ODI). These maps were nonlinearly aligned to a population specific template using DTI-TK, while permutation testing adjusted by age and a threshold free clustering approach was used to examine voxelwise differences between the ASD and typical development (TD) groups.

Conclusions: Our preliminary findings suggest a reduction of νIC and ODI in regions of the internal capsules, thalamus and brain stem within the ASD group, while having increased ODI and νISO in more widespread brain regions. These findings agree well with the current DTI literature that describe alterations of white matter microstructure associated with ASD, while also suggesting the possibility that these white matter alterations may stem from alterations to the neurite architecture, such as decreased neurite density and/or increased white matter angular dispersion. Future analyses will investigate the age-related relationships of these neurobiological changes and the behavioral processes that may be involved with these alterations. 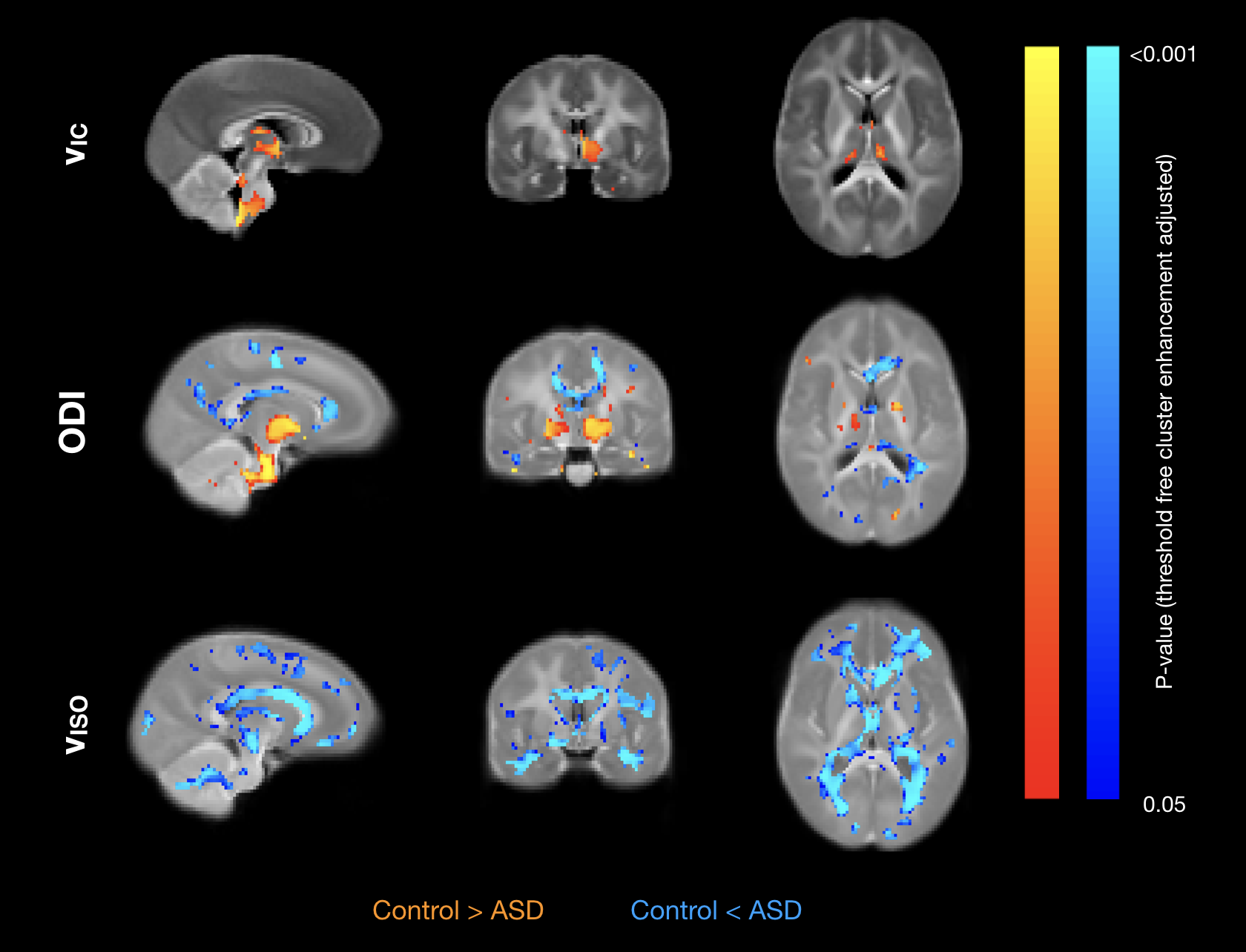