Methods: Parental ratings on the vrRSB were collected in two toddler-aged populations: 1) an epidemiologic, longitudinal twin sample identified through birth records in Missouri and California (n=317 twin pairs) and 2) a research participant registry at the University of Minnesota (n=1870). Social communication was indexed using the 13 video-referenced items on the vrRSB, in which caregivers rate their child in comparison to a typically developing scoring anchor presented by video. An exploratory factor analysis (EFA) was performed for ages 18 and 24 months using the larger Minnesota sample, followed by confirmatory factor analysis (CFA) at both ages in the twin sample. A quadrivariate twin model assessed the degree of genetic and environmental influences on the factor structure for social communication at ages 18 and 24 months, as well as the covariance between genetic and environmental influences on latent factors within and across time points.

Results: EFA identified two factors at both 18 and 24 months, an “affective engagement factor” and a “functional communication factor” (Table 1). A CFA demonstrated good model fit for these 2 factors at both ages (legend, Table 1). Twin modeling revealed substantial genetic contributions (A) and modest shared environmental (C) and unique environmental (E) contributions to factor scores at both ages (Table 2). Genetic influences explained 58-80% of the variance in the factors, with C explaining an additional 6-18% and E explaining 15-25% of the variance. Genetic correlations between factor scores within and across age were all significant and substantial, ranging from 0.69-0.90. Shared environmental influence on all factors was entirely overlapping, with no evidence of factor-specific C. Unique environmental correlations were more modest: within-age correlations between factors were estimated at 0.66 at 18 and 24 months and moderate correlations were observed for 24-month Factor 1 and both 18-month factors (rE=0.31-0.44). No significant cross-age, unique environmental correlations were observed for Factor 2. 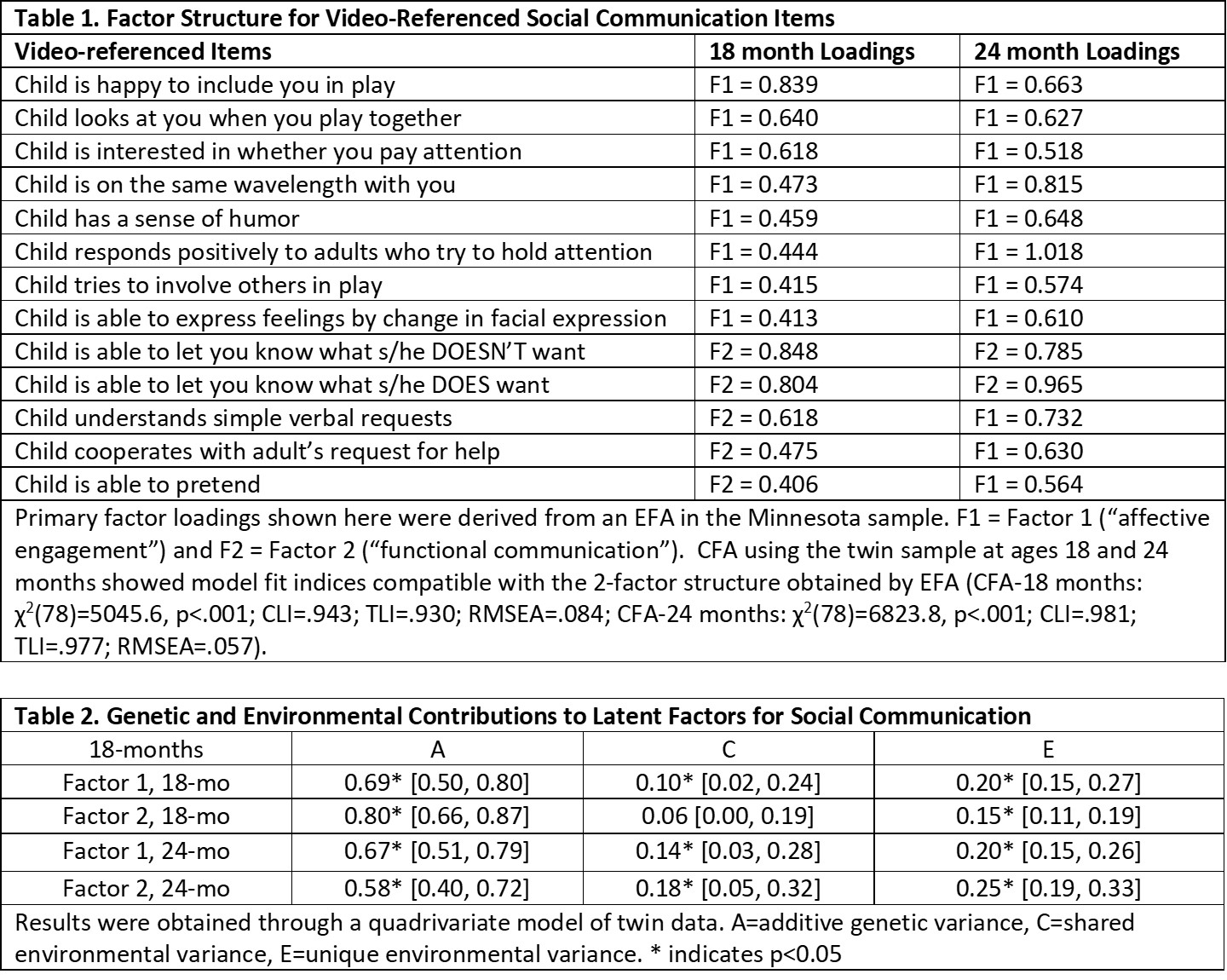