28493
Data-Gathering Style in Autism and Its Relationship with Paranoia

Results: Despite higher levels of paranoia, the ASC group requested significantly more information (>3 beads) and were significantly less likely to show a JTC bias than the TD group. Task design was not found to significantly affect performance for either group and there was no difference between groups with regard to degree of confidence at point of decision-making. Paranoia did not correlate with amount of data-gathering for either group.

Conclusions: Results suggest that data-gathering style may not be a contributory factor for paranoia in autism, consistent with the proposal of a differential cognitive structure of paranoia in individuals with ASC. Cognitive behavioural interventions for individuals with ASC and paranoia may need to be adapted to address alternative cognitive mechanisms involved in its development and maintenance. 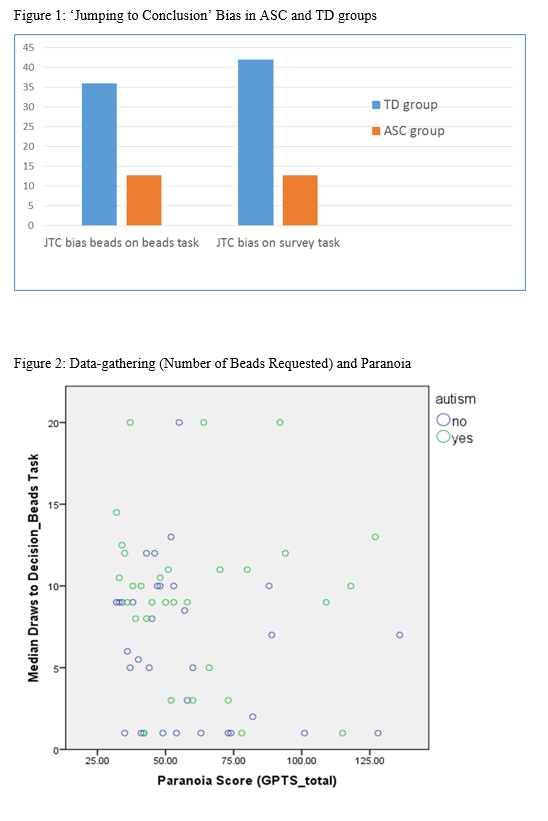