Embarrassment may have evolved in order to maintain social order, given that embarrassed people typically recognize and regret their social transgression or misbehavior (Miller, 2007). Thus, people who display signs of embarrassment are often better liked and more readily forgiven than those who do not (Keltner & Anderson, 2000). However, despite its importance for social interactions, little is known about the experience of embarrassment in Autism Spectrum Disorder (ASD; Adler et al., 2015; Hillier & Allinson, 2002; Thiébaut et al. 2016).

The present study explored how adults with ASD traits (ASD-T) may experience or respond to embarrassing scenarios compared to adults without ASD-T. Additionally, gender differences in the experience of embarrassment were considered. Relations between proneness to embarrassment and theory of mind (ToM) and fear of negative evaluation were also assessed.

A total of 72 adults, those with ASD-T (n = 36) and those without, or neurotypical adults (NT; n = 36), participated. The Social Responsiveness Scale (SRS-2-Adult; Constantino, 2012) was used to identify individuals who showed evidence of ASD-T from those who did not. Research has shown that the SRS-2 can be used to distinguish between individuals with ASD traits from those without (Ingersoll et al., 2011). See Table 1 for additional demographic information. 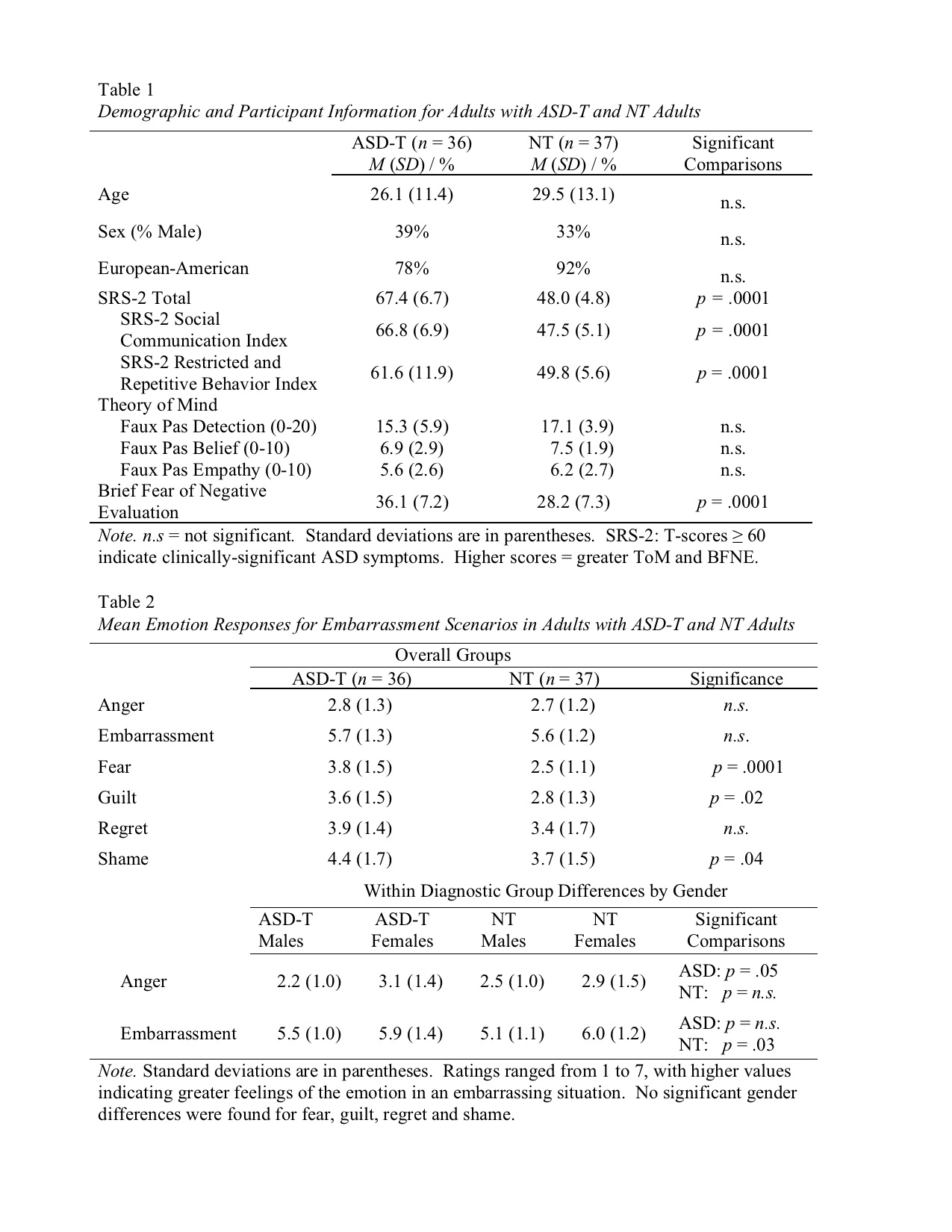