29724
Use of Psychotropic Drugs Among Children and Adolescents with Autism Spectrum Disorders in Denmark: A Nationwide Drug Utilization Study

Objectives: We aimed to describe the use of ADHD medication, antidepressants, antipsychotics and melatonin in children and adolescents with ASD in Denmark. More specifically, we wanted to explore changes in prevalence of medication use over time and the duration of drug use. Based on the most recent data, we further explored how medication use is affected by age, sex and psychiatric comorbidities.

Methods: Using the Danish nationwide health registries, we identified all children and adolescents born between 1992 and 2011 with a diagnosis of ASD after the age of three and before the age of 18. We extracted data on all their psychotropic prescriptions and psychiatric hospital diagnoses from birth and until the end of 2017.

Results: The study population comprised 23,935 Danish children and adolescents born in 1992–2011 with an ASD diagnosis. Use of melatonin and attention-deficit/hyperactivity disorder (ADHD) medication increased from 2010 to 2017, while there were limited changes in use of antidepressants and antipsychotics. Thirty percent of the identified children used psychotropics in 2017 most commonly ADHD medication (17%) and melatonin (13%). Methylphenidate, sertraline and risperidone were most often prescribed. Most children filled more than one prescription and, across drug classes, at least 38% received treatment two years after treatment initiation. Use of psychotropics followed psychiatric comorbidities. Comorbidities did not affect age at treatment initiation. Use of psychotropics varied according to age and sex with limited use in the youngest children.

Conclusions: In summary, psychotropic drug use has increased in children with ASD mainly due to an increase in the use of ADHD medication and melatonin. In accordance with previous studies, use seems to follow comorbidities. The long treatment duration underlines the need to investigate long-term effects of psychotropic drug use in children with ASD. 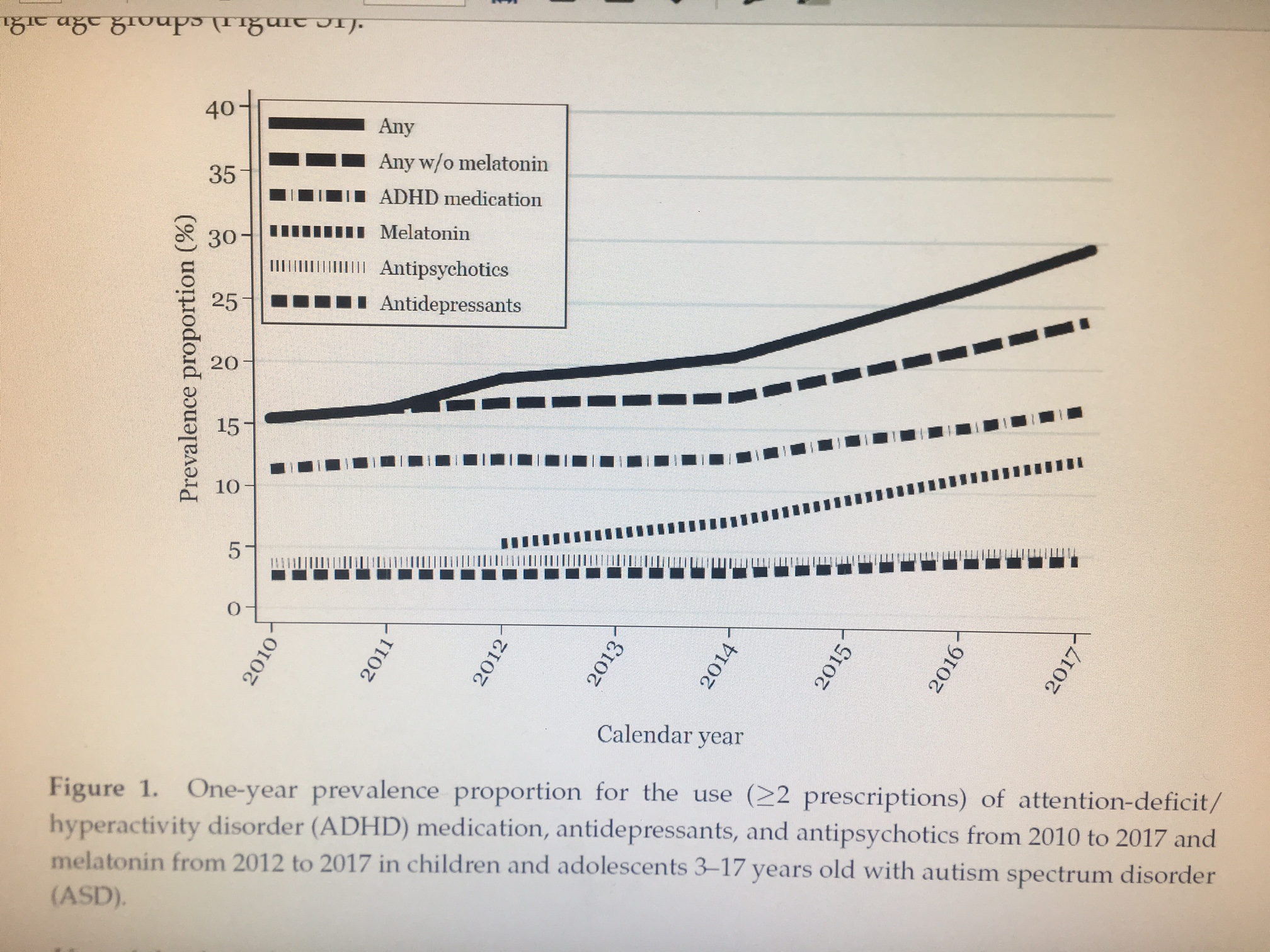