Objectives: The aim of this prospective cohort study is to describe the natural history of TTB and NO-TTB ASD subjects at short-medium term using a quantitative standardized method.

Methods: We included 37 consecutive subjects (32 males; mean age: 12.32 years – SD 4.36) with ASD diagnosed according to the DSM V criteria, and then confirmed with ADOS–2. According to the qualitative assessment, 21 ASD subjects resulted NO-TTB, 2 resulted in TTB1 subgroup, 7 in TTB2 subgroup and 7 in TTB3 subgroup. The intensity of TTB expression during static and dynamic tests was quantified as a percentage of time spent on the tip toes and as a percentage of toe steps, respectively, through a standardized method previously described. The second assessment was repeated 11 to 38 months (mean: 21.41 months – SD 6.82; median: 23 months) after the first observation.

Conclusions: This is the first study that used a quantitative structured assessment to describe change over time in TTB of ASD subjects. NO-TTB and TTB1 subgroups substantially maintained their condition at follow up. TTB2 and TTB3 subgroups showed a more variable behavior: some subjects decreasing TTB over time as commonly known, but some increasing TTB. This finding underlies the importance of a TTB sub-classification and a close monitoring with quantitative standardized protocols of TTB phenomenon. 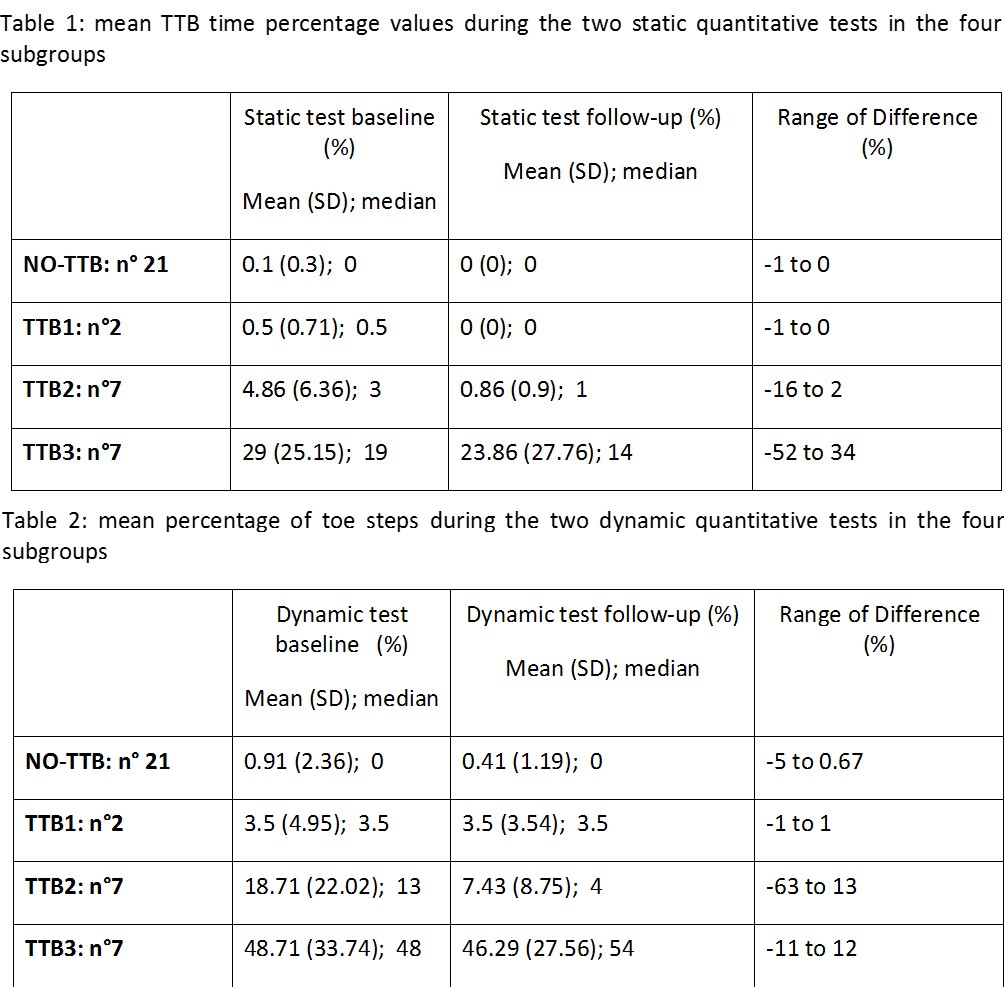