29759
Social Networks and Autism Spectrum Disorder: A Review of Findings for People with Autism, Their Families, and Communities

Methods: The review included 15 studies. Ten studies included children age 7-17; one study included young adults age 19-37; and three studies focused on parents of children with ASD ranging in age from 2-50. Authors assessed eligibility for inclusion based on inclusion of social network protocols and analysis. Each article was double-coded and then consensus coded in pairs. The 15 articles incorporated data from 515 students with ASD and 623 parents across 2 continents (North America and Europe). The articles differed by methods: 8 quantitative and 7 mixed-method. Coding of data was conducted in two stages: 1) findings were extracted and pasted exactly as written into an SPSS data file. A codebook was developed, based on themes and subthemes of social capital findings and strategies, constructed through consensus. All data was then doubled coded and inter-rater reliability between coders was > .80.

Results: Findings suggested that individuals with autism face challenges building and maintaining relationships in part due to social difficulties typically associated with autism. Overall, individuals with ASD had smaller social networks. Children and youth age 11-16 had smaller peer, acquaintance, and same-gender acquaintance networks. Young adults age 19-37 had smaller informal, professional, and family networks. Adults had particularly small social networks when staff members from residences were excluded. People with ASD also experienced challenges maintaining personal networks due to lack of reciprocity in relationships and difficulty with maintaining friendships. Strategies for building networks include creating contexts that facilitate interactions, such as providing access, direct teaching and modeling, and the utilization of self-management. Overall, very few types of social capital were measured, with most studies focused on friendship and social and emotional supports. 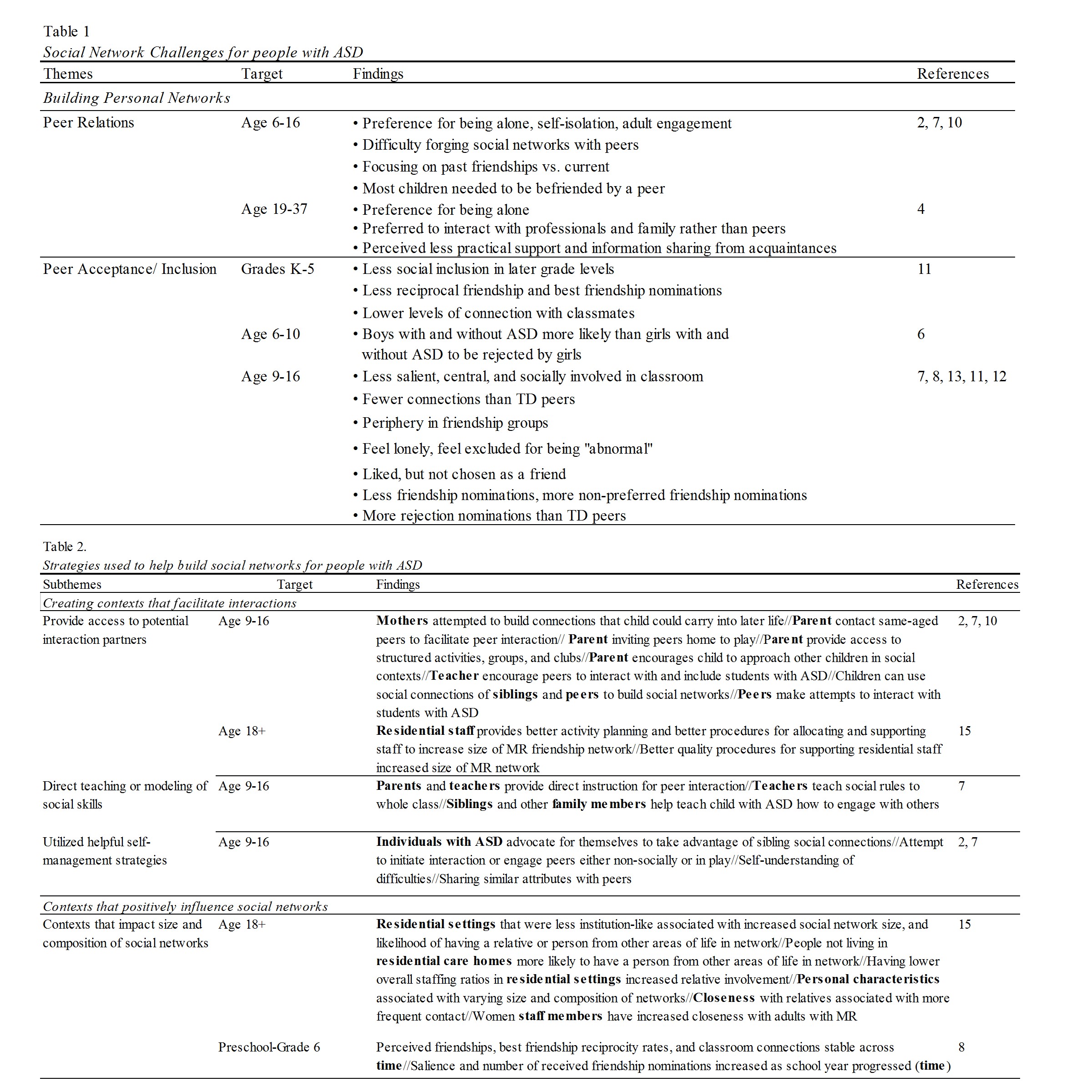