Objectives: To carry out case-control analysis (ASD versus TD) to determine whether, on average, both metrics differ according to diagnosis. Given both measures tap into ‘neural noise’ we hypothesized that these measures would vary between individuals with and without intellectual disability, and correlate with adaptive functioning.

Methods: We analysed EEG data recorded during the auditory oddball task as part of the EU-AIMS LEAP consortium (age 6-30; 1/f analysis: 262 ASD and 195 TD participants; ITC analysis: 224 ASD and 182 TD). For ITC, the reduced sample size reflects removal participants who did not show an ERP (i.e. no phase locking); however, all results maintained when these participants were included. We also created a ‘level of functioning’ subgroup, by comparing individuals with IQ above (high-functioning; N=386) and below (low-functioning N=71) 75.

Conclusions: Neither ITC or 1/f slopes differed at the case-control level between autistic and non-autistic individuals. However, ITC values were associated with adaptive functioning, and 1/f slopes were on average flatter in the group with intellectual disabilities. Thus, both markers may reflect adaptive skills, but not a clinical diagnosis of autism. 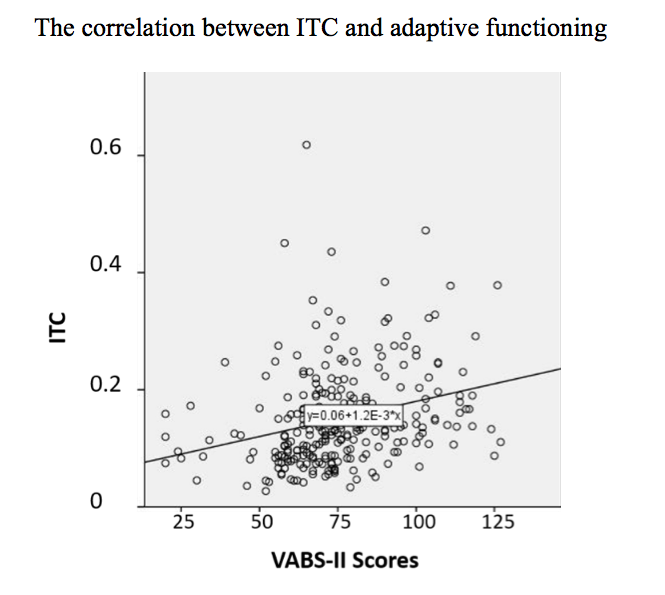