Objectives: To identify associations between EF and ASD traits at their earliest emergence.

Conclusions: ASD traits are linked to variation in EF from as early as 2 years, in both the social-communication and RRB domains. These findings run counter to ‘secondary-deficit’ accounts that suggest difficulties with EF cannot be observed until after behavioural symptoms of ASD are well-established. Consistent with the literature that working memory difficulties are linked with developmental delay and not ASD specifically, in this study working memory performance did not associate with ASD traits. 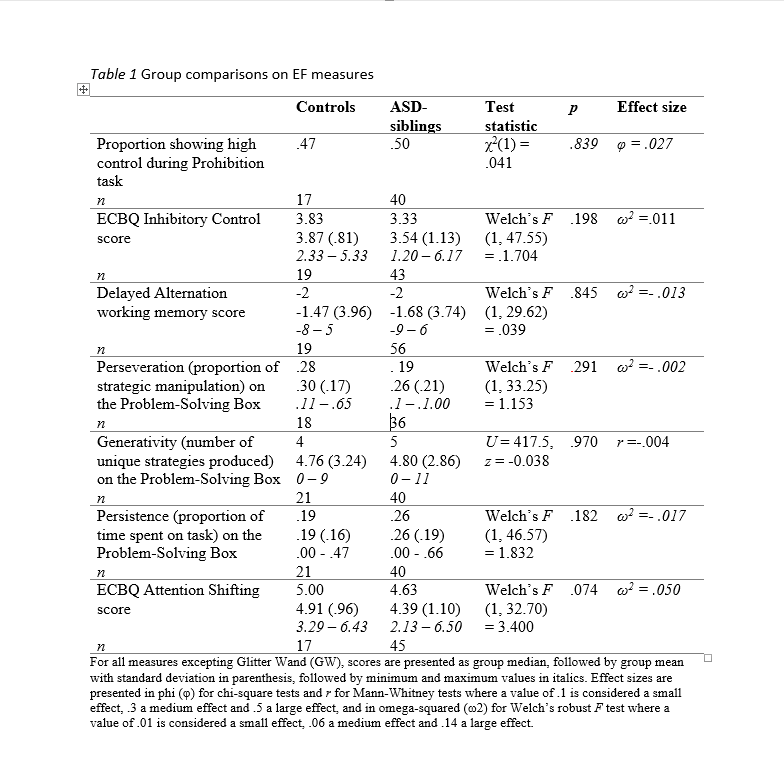