Objectives: Determine the contribution of postnatal acetaminophen exposure to risk of ASD among male children in the USA.

Covariates in the above analyses include age of the child, ethnicity, Midwest, South, maternal education, age of the mother at birth of the child, and relationship to the child. Gender was also included as a covariate in the regressions that were not gender specific.

Conclusions: While there may be some measurement error, as this data set was collected retrospectively, this study suggests that postnatal acetaminophen is associated with a significant proportion of the risk of ASD among male children in the USA. 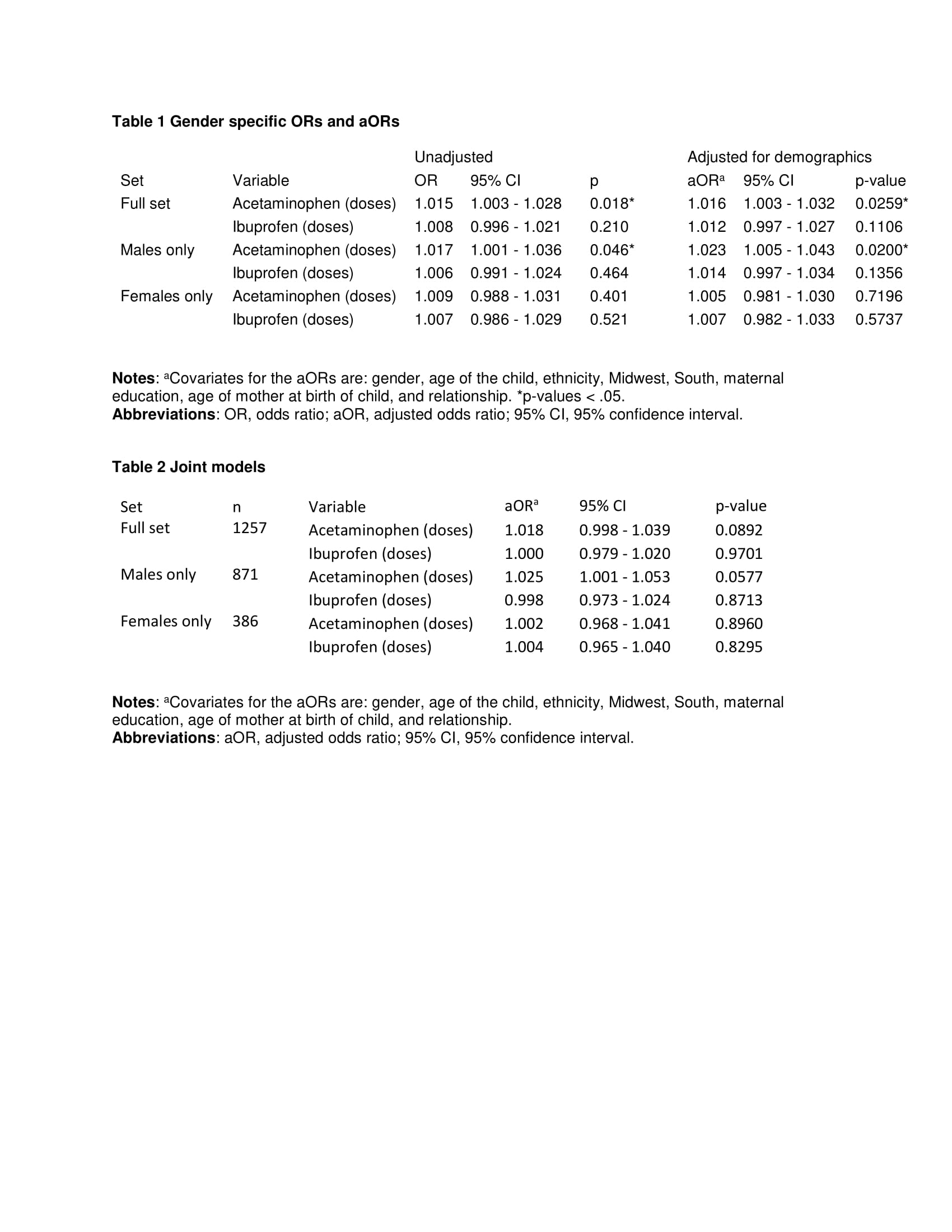