Conclusions: We found an enhancing negative effect of autism traits and psychosis traits on mentalizing accuracy and levels in a combined sample of individuals with and without ASD. Specifically, individuals with concurrent high levels of these traits performed less accurately on a forced-choice mentalizing task and made the fewest, least complex mental state attributions during an open-ended mentalizing task compared to individuals with discordant levels of traits. Our results suggest that relative levels of these traits exert an enhancing negative effect on some forms of social cognition and behavior. The normalizing effect documented in a previous study may not be present for all social cognitive skills or when traits reach clinically significant levels. 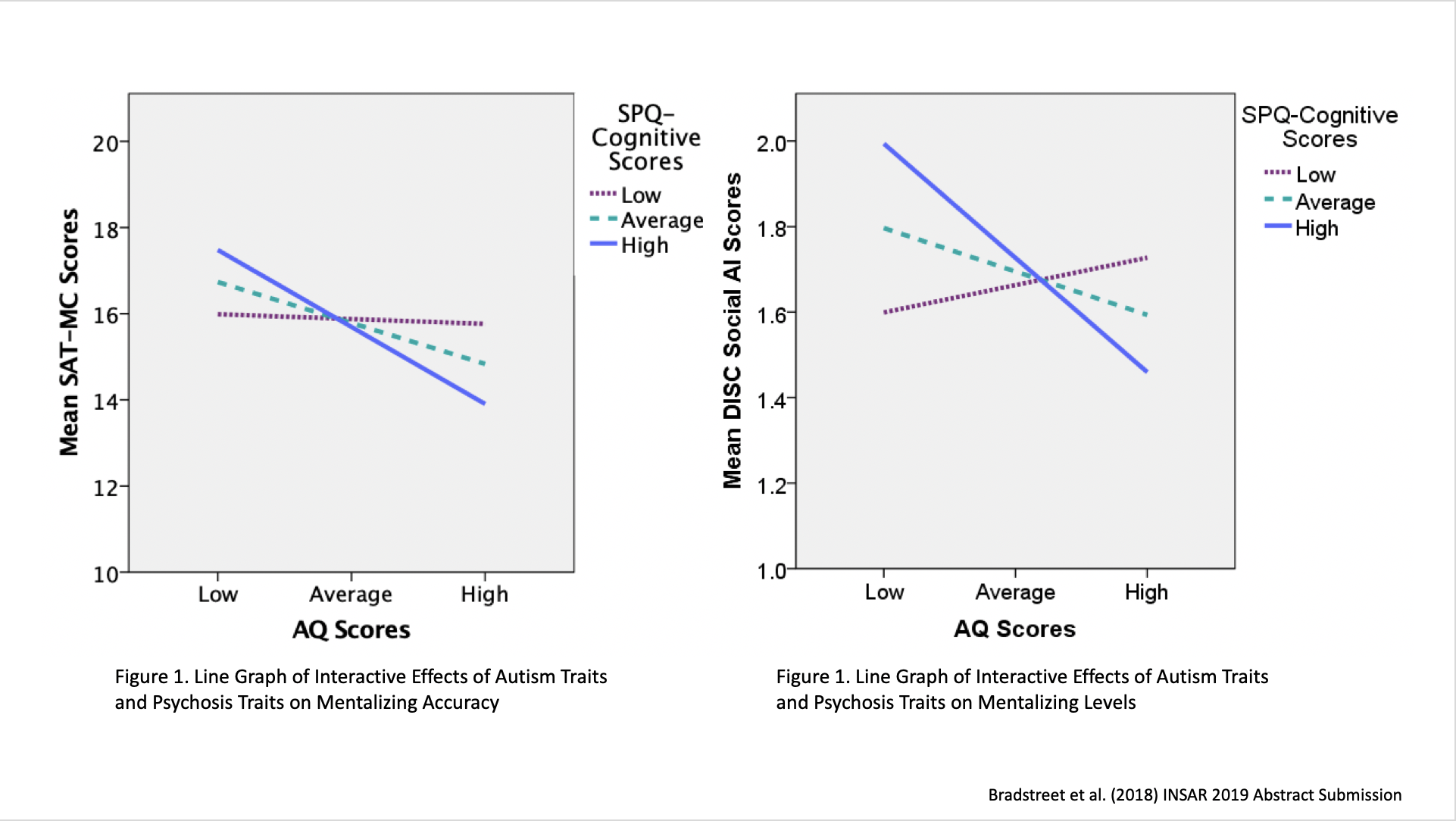