Objectives: The aim of the current study is to examine whether TSR of social communication skills during a parent-child interaction are psychometrically sound and capture similar information to the BOSCC for young children with ASD. We predicted that TSR would be highly correlated with BOSCC scores for the same observation and would show similar relationships to other measures of social communication and demographic variables.

Methods: TSR for 71 children with ASD were completed by 173 undergraduate college students from a psychology research pool. Fourteen groups of 11-15 raters viewed 2-minute clips of a 10-minute parent-child interaction for 4 to 7 different children. Raters used a 5-point likert-type scale to rate each clip on 7 items that were derived from the social communication items of the BOSCC (SC). Each group’s item-level ratings for an individual child were averaged to produce TSR for each item. All items were then averaged to produce an overall TSR for each child. Cronbach’s alpha based on the average item-level ratings was used to examine internal consistency of the coding scheme. Intraclass correlations (ICCs) based on overall TSR were examined to evaluate inter-rater reliability. Separate one-way random average measures ICCs were run for each group, given groups had different numbers of randomly-selected raters. Bivariate correlations were run to examine concurrent and discriminant validity between overall TSR and the BOSCC-SC, and other measures of social communication and demographic variables.

Conclusions: Thin slice ratings of young children with ASD during a parent-child interaction using modified BOSCC-SC items are internally consistent and show a similar pattern of relationships with other measures. Findings suggest TSR may be used to measure child social communication as an alternative to more resource-intensive coding measures. Future studies should investigate whether TSR capture other aspects of autism symptomatology (e.g. restricted and repetitive behaviors) and are sensitive to change. 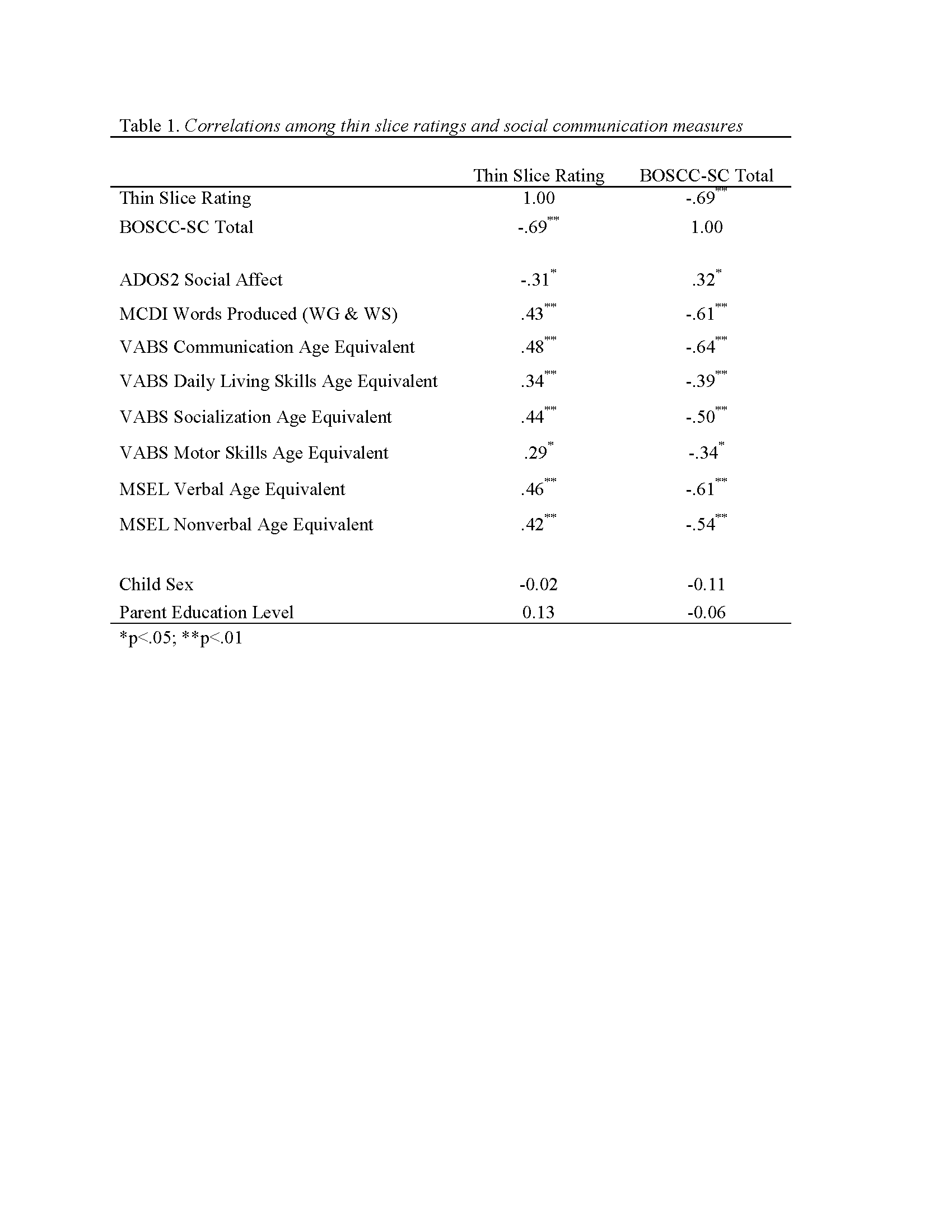