Objectives: This study explored the association between trait-like elements of the autistic syndrome and schizoid PD symptoms in a longitudinal study of youth with and without high-functioning autism spectrum disorder (Wagner et al., 2018).

Results: Both autistic traits and DSM IV schizoid PD criterion item burden were continuously distributed throughout the sample (Fig. 1), and individuals with ASD manifested a distinct pathological shift in comparison to non-ASD controls (Table 1, t(50) = 5.6, p<.001 with an effect size of 1.35); the magnitude of the between-groups difference was comparable to that for autistic trait burden. Moreover, within individuals, schizoid PD and autistic traits were strongly correlated (r =0.46, p<.01). When selecting a Likert-scale threshold of 2 (“often true” or higher) for schizoid PD endorsement on the DIGS, 54% of high-functioning ASD males exceeded the threshold in comparison to less than 10% of their counterparts in the non-ASD psychiatric control group (n=2). We next explored specific symptoms that contributed to similarities and differences between groups, notably distinctive of which were ASD participants’ most frequently endorsed lack of close friends and tendency to choose solitary activities. 5.8% of subjects with ASD met full diagnostic criteria for schizoid PD, in comparison to 0% of the non-ASD psychiatric control group.

Conclusions: Over half of high-functioning males with ASD demonstrate unequivocal schizoid PD trait burden in adolescence. It is extremely likely that historic cohorts of adults diagnosed with schizoid PD either: a) had childhood-onset autistic syndromes; b) have been misdiagnosed; and/or c) have syndromes that were substantially contributed by autistic trait burden throughout childhood. Future studies to clarify overlap and distinctions between these two syndromes are strongly warranted, given that higher-functioning ASD syndromes are now recognized in close to 1% of all children, and that the characterizing features of both conditions are continuously distributed in the population. 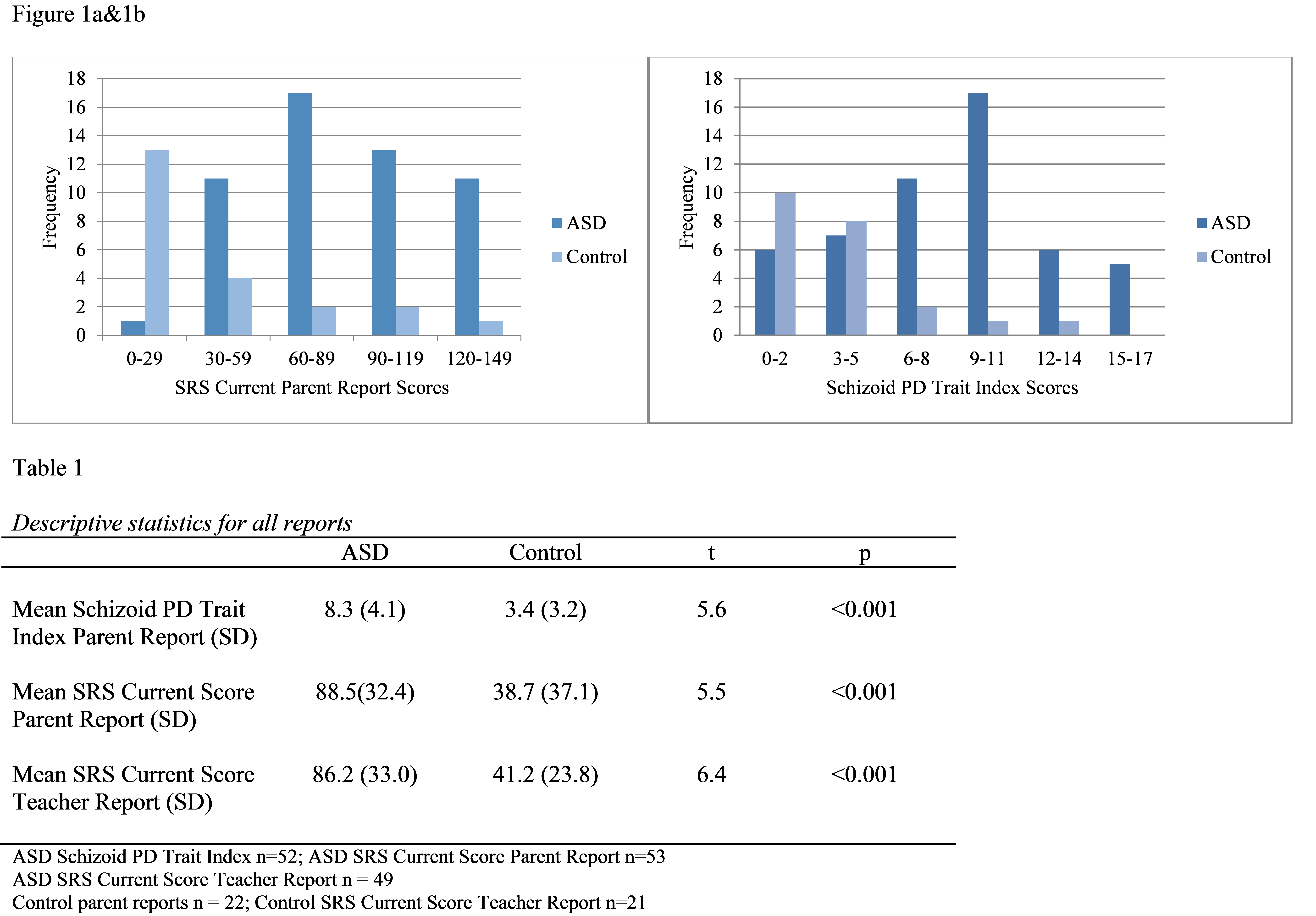