Methods: 141 toddlers (mean age=23 months)—46 ASD, 46 DD, and 49 TD—and their parents participated. AJE was observed during four auditory scenes, one for each of four types of sounds: music, animal, mechanical, and speech including child’s name. In each scene, the sound occurred twice while the child and parent played, first in a 30-sec ignore-sound phase, during which the parent ignored the sound, and then in a 60-sec share-sound phase, during which the parent tried to share the sound. Three concurrent video records (one from a headcam on the parent’s forehead) were reliably coded for the child’s initial reaction to sound (alerts, orients, sustained interest in phase 1), communication about sound (bids to share in phase 1; speaks, points in both phases); and AJE (total, coordinated, supported in phase 2).

Conclusions: This study provides an unprecedented view of how toddlers with ASD react to and share speech and environmental sounds during parent-child interactions. Like their peers with TD and DD, they often alerted and oriented to environmental sounds, but were less likely to react to speech or to communicate about, share interest in, or be jointly engaged with any of the sound types. Intriguingly, only supported AJE, when the child shares sound but does not explicitly attend to the parent, appeared spared. Implications for communication and language development and for early interventions seeking to enhance joint engagement are discussed. 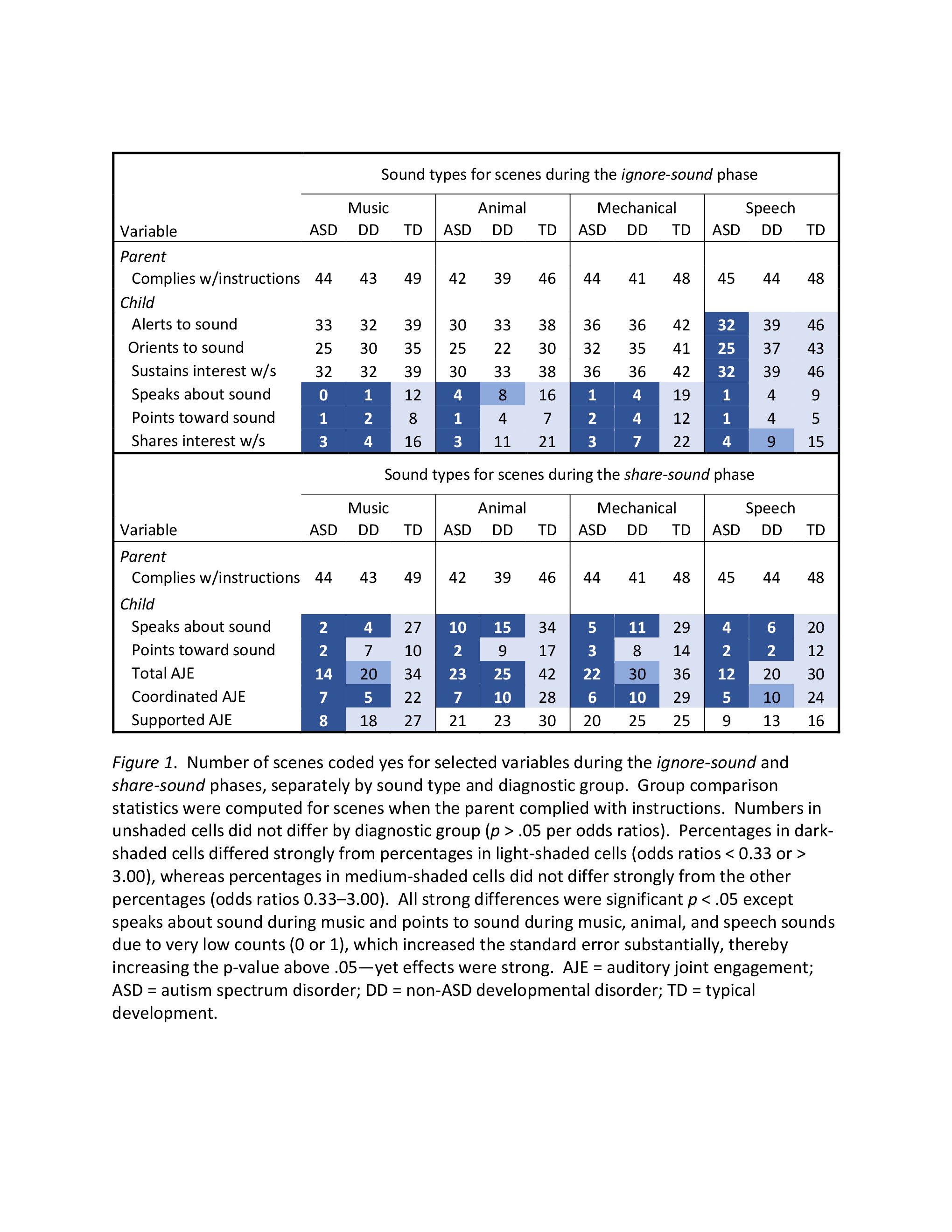