Conclusions: While we initially hypothesized that task response would not differ between groups, these and other data coming into our lab suggest a story of “physiological inflexibility” in which a restricted range of psychophysiological response in autism may contribute to frequent outbursts, meltdowns, or crippling anxiety. The neural response to threat differs between autism and neurotypical samples even when no learning is required, and may contribute to higher-order symptoms of anxiety that are so frequent in autism. 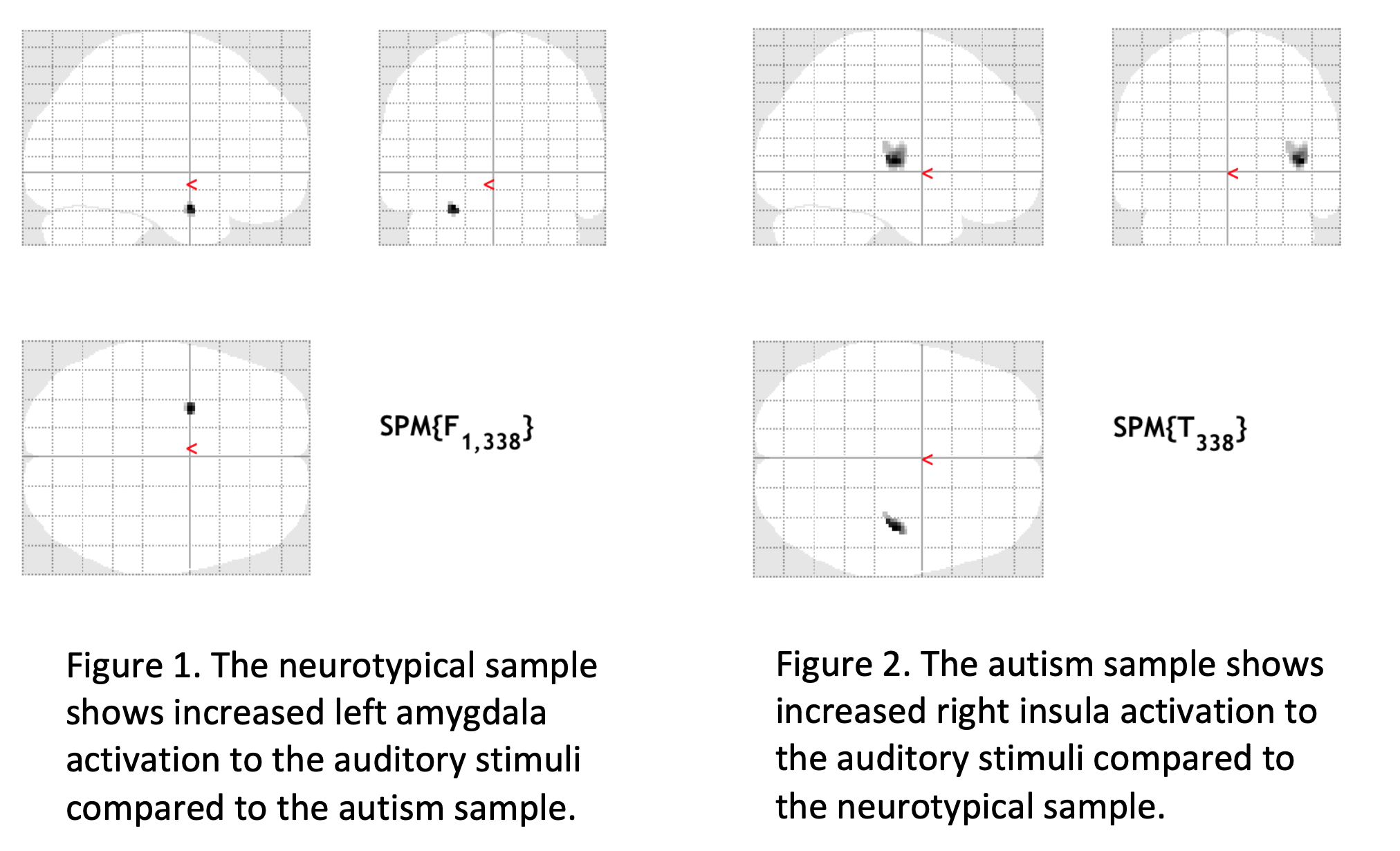