Objectives: Compare “thin-slice” ratings of matched females and males with ASD, and typically developing (TD) participants. Based on prior research, we hypothesized that autistic girls would be judged as less different than TD girls, whereas ASD boys would be rated as more drastically different than TD boys.

Conclusions: “Thin-slice” ratings of naturalistic conversations hold promise as a low-cost metric to gauge the impression that individuals with ASD make on naïve communication partners in everyday life. However, this method appears to be more effective for the male behavioral phenotype. These findings add to the literature showing that autistic girls are perceived as “less different” than autistic boys, which may reflect partially successful camouflaging. 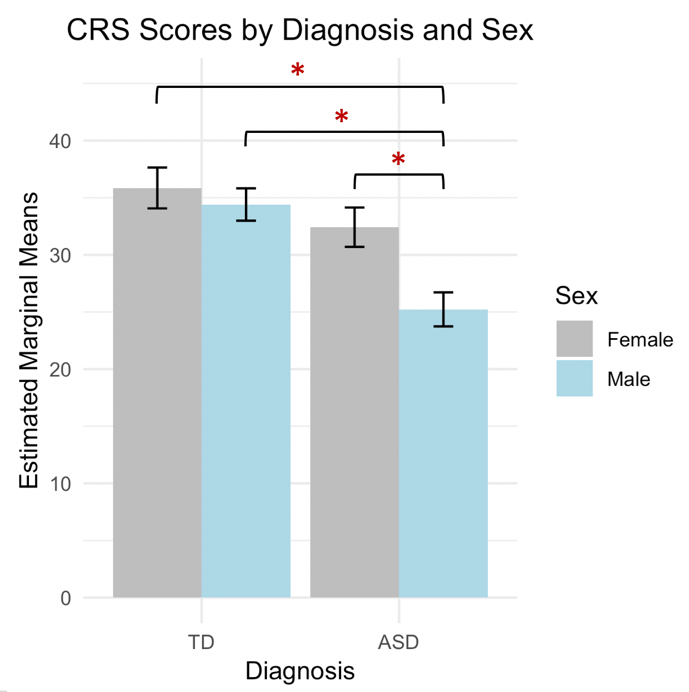