30324
The Relationship between Social Knowledge, Social Behavior, and Peer Victimization in Adolescents with ASD

Conclusions: This study suggests that social knowledge and social behavior deficits are related to increased peer victimization in adolescents with ASD, but not TD adolescents. Furthermore, within ASD, self-perception of social behavior, as opposed to social knowledge, more strongly predicts level of peer victimization. Youth with ASD who view themselves as less socially capable are particularly susceptible to instances of peer victimization, above and beyond any risk conferred by not explicitly knowing how to behave appropriately in a given social context. 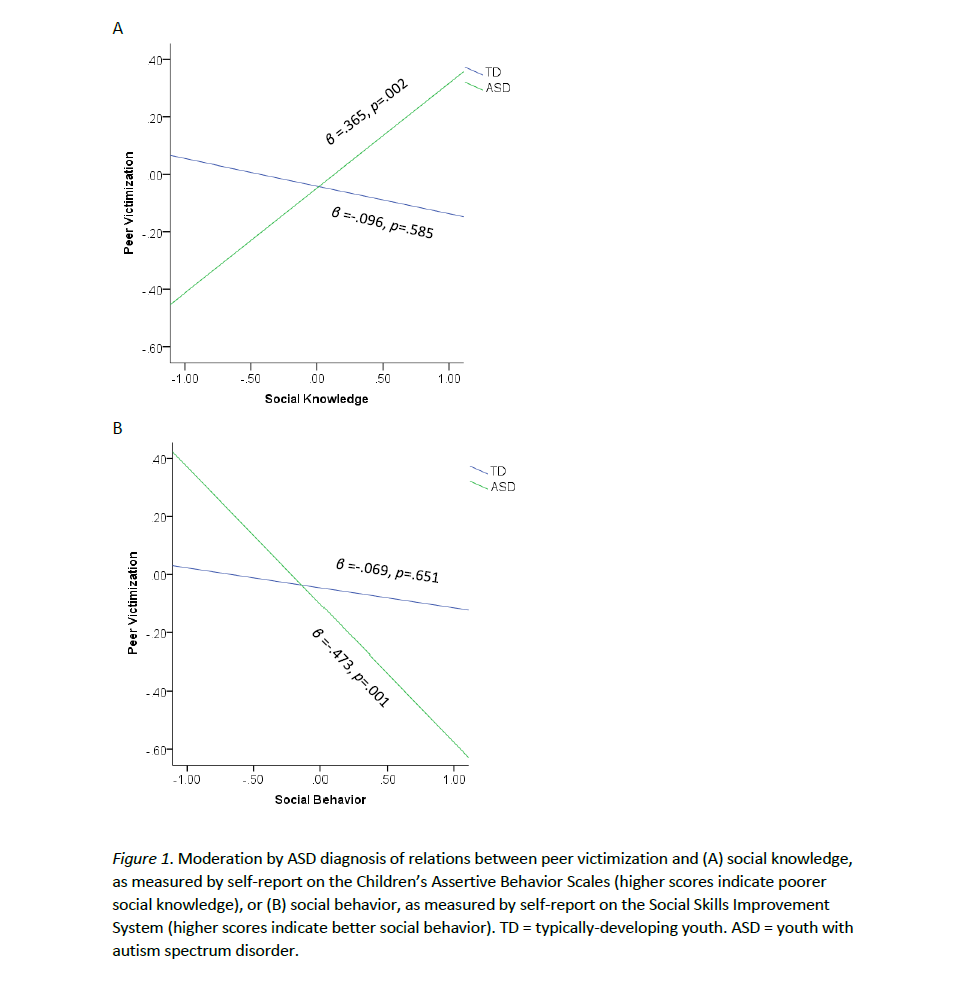