Objectives: To examine the relationship of sensitivity to sounds and touch with sleep problems in children and adolescents with ASD as measured by the Composite Sleep Disturbance Index (CSDI).

Methods: U.S.-based primary caregivers of children with ASD were recruited from a validated and verified national autism registry. Parents completed an online survey on co-occurring conditions that incorporated family and child demographic information including the CSDI, a validated tool that scores the frequency and duration of six sleep habits (scored 0-2) over the previous month; total score range=0-12; score≥4 indicates a severe sleep problem. Parents were asked to rate their child’s sensitivity to sounds and to touch on a scale from 0 to 3 with 0 = absent and 3 representing most severe. Descriptive statistics, Pearson chi-square, and logistic regression were performed.

Acknowledgement: This study was supported by a research grant from Neurim Pharmaceuticals Ltd. 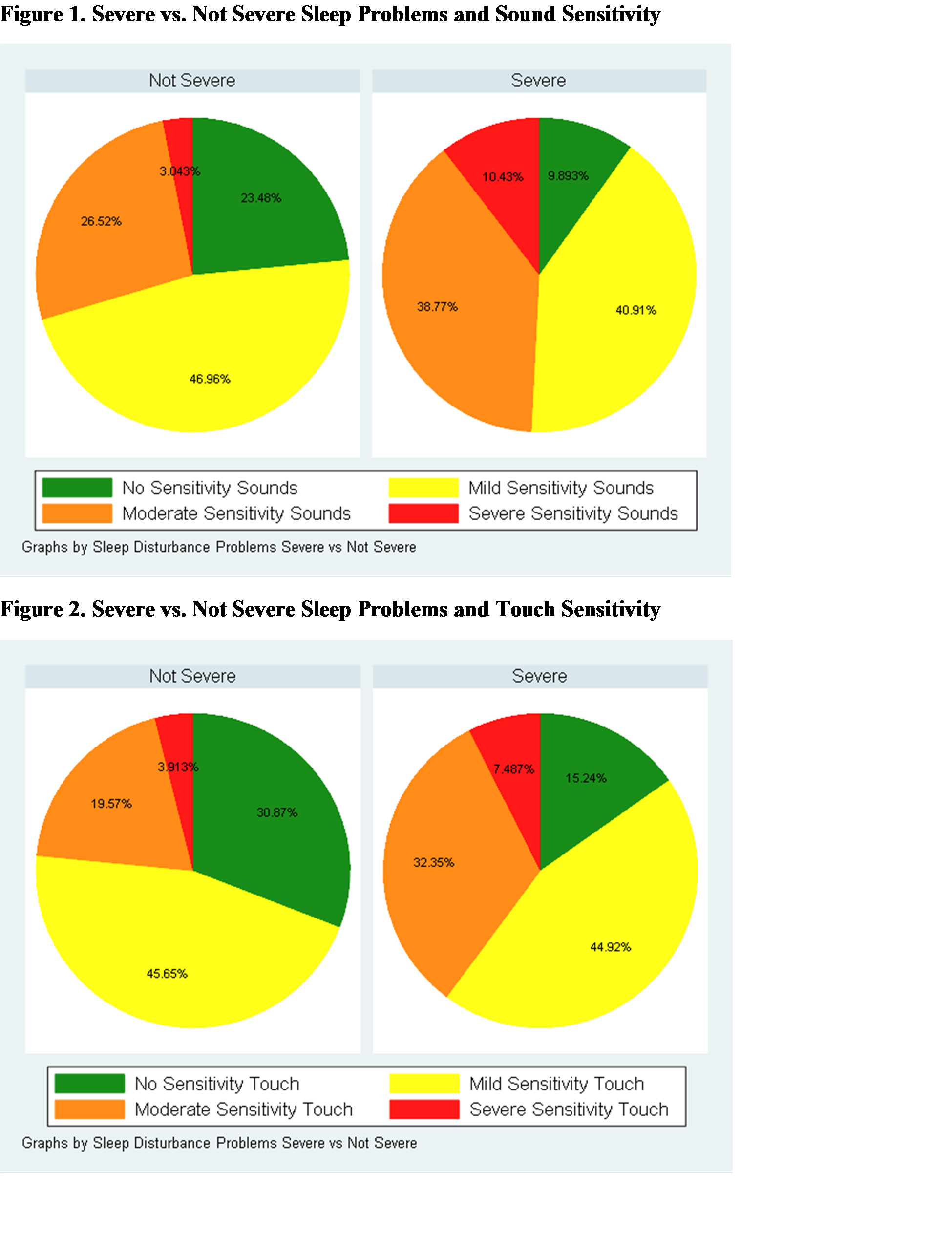