Objectives: We aimed to find gait abnormity and its association with social impairments might be revealed by examining foot pressures during foot-ground contact.

Results: We found no evidence of tendency to toe walk in ASD groups since majority of trials involved heel contact (Table1). The frequency of initial foot-contact in the toe and fore-foot regions were similar between three groups. However, during the foot roll-off, the center of pressure (CoP) started more anteriorly on the foot (initial contact of CoP) and traveled less (distance of CoP), even after removing the individual difference in foot length (Fig1). This indicates that they walk with less foot roll-off. Their stride-to-stride variability was higher as shown by the standard deviation of these two CoP measures. We also found more left-right asymmetry among ASD children, shown by significantly smaller correlation between left and right-foot CoP movements. Examining the force profiles of the metatarsal region, the predominant region for force production during foot contact, revealed a similar reduction in left-right correlation. These converging evidences indicate that ASD children have larger left-right asymmetry in foot function. Importantly, most gait variables were significantly correlated to social function (SRS and AQ scores) but not to IQ. The more abnormal the gait deficit the more severe the social impairment.

Conclusions: In conclusion, we find that foot pressure is a sensitive measurement for quantifying autism-related motor deficits and its correlation with social impairments support the proposition that motor impairments might contribute to the development of core symptoms of ASD. 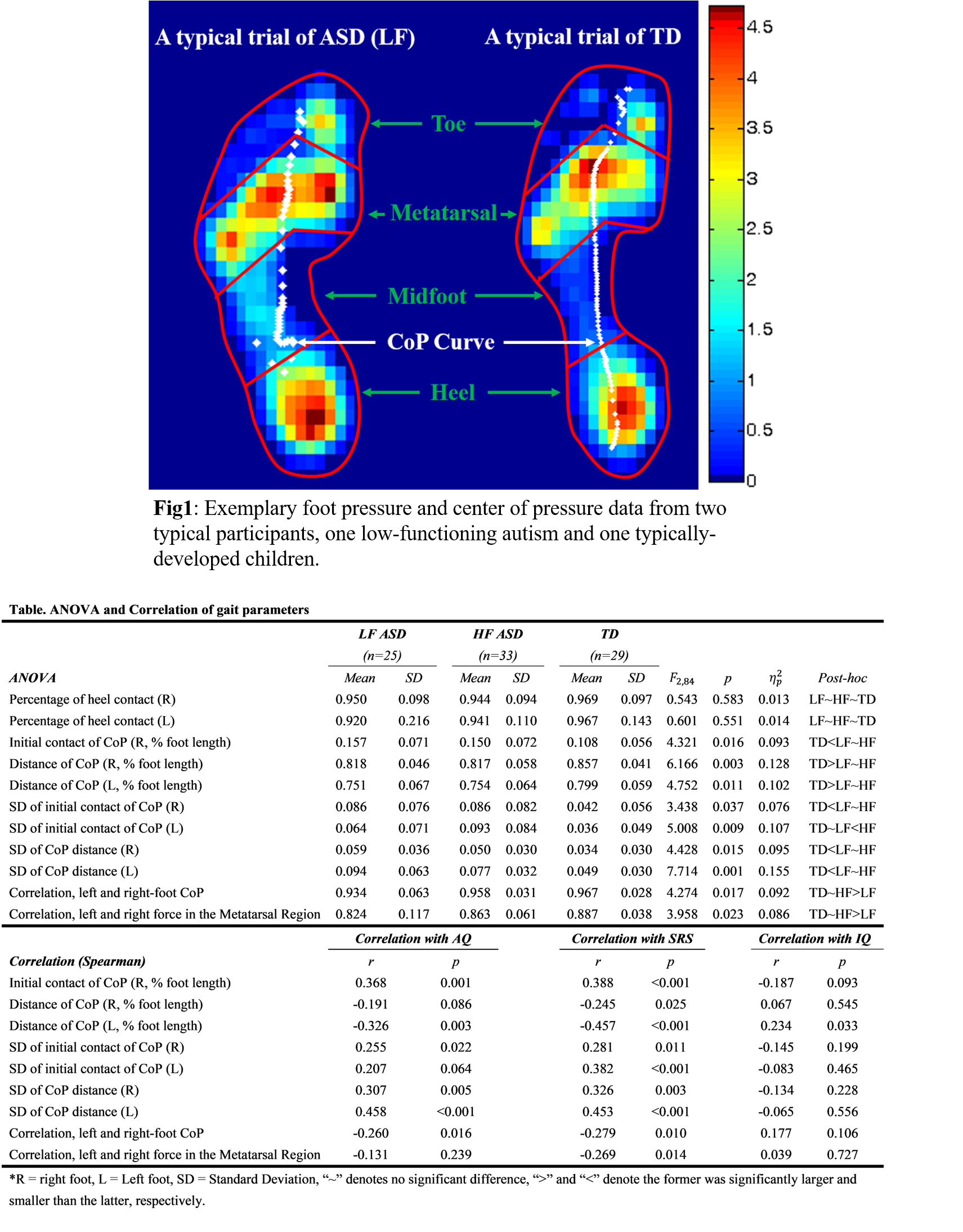