Disturbance in movement is widely observed in autism and differences have been measured at the level of movement kinematics. Anzulewicz et al (2016) showed that gesture patterns from smart-tablet gameplay can distinguish between children with autism (ASD) and typically developing children (TD) with high accuracy using a machine learning algorithm, but a limitation of the data-driven approach used is that distinguishing features included in the algorithm may not be grounded in theory.

It has been suggested that prospective control of movement is disrupted in autism, and this may result from impairments in using sensory feedback as the movement unfolds, despite intact control of internally generated movements. Furthermore, movement kinematics variables which are influenced by task difficulty and change with motor development have been identified to indicate prospective motor control.

The objective of the analysis is to explore differences between ASD and TD children in the kinematics of prospective motor control during goal-directed finger movements to different target distances, using data collected by Anzulewicz et al (2016).

Touch-screen position coordinates of 4775 goal-directed swipes made during a smart-tablet gameplay by 82 children, aged 3-5 years old, were analysed. Target distance was calculated as the length between start and end position of each swipe and five kinematic variables related to prospective motor control were calculated from time differentials of position, namely: (1) peak velocity of the full movement, (2) peak velocity of the first movement unit (1MU), (3) number of movement units (velocity peaks), (4) % time in deceleration and (5) % time to peak velocity. Multilevel modelling was conducted in Stata13.1 to analyse the fixed effects and interaction effect of target distance and ASD diagnosis on each kinematic outcome, including a random effect to control for correlation in the kinematic outcome for swipes by the same individual.

The kinematics of prospective control is different for children with ASD and TD, and may help to identify children with autism. These findings are consistent with the idea that individuals with ASD may differ in the use of feedback control, and internal feedforward control may be influenced differently by external constraints such as target distance. 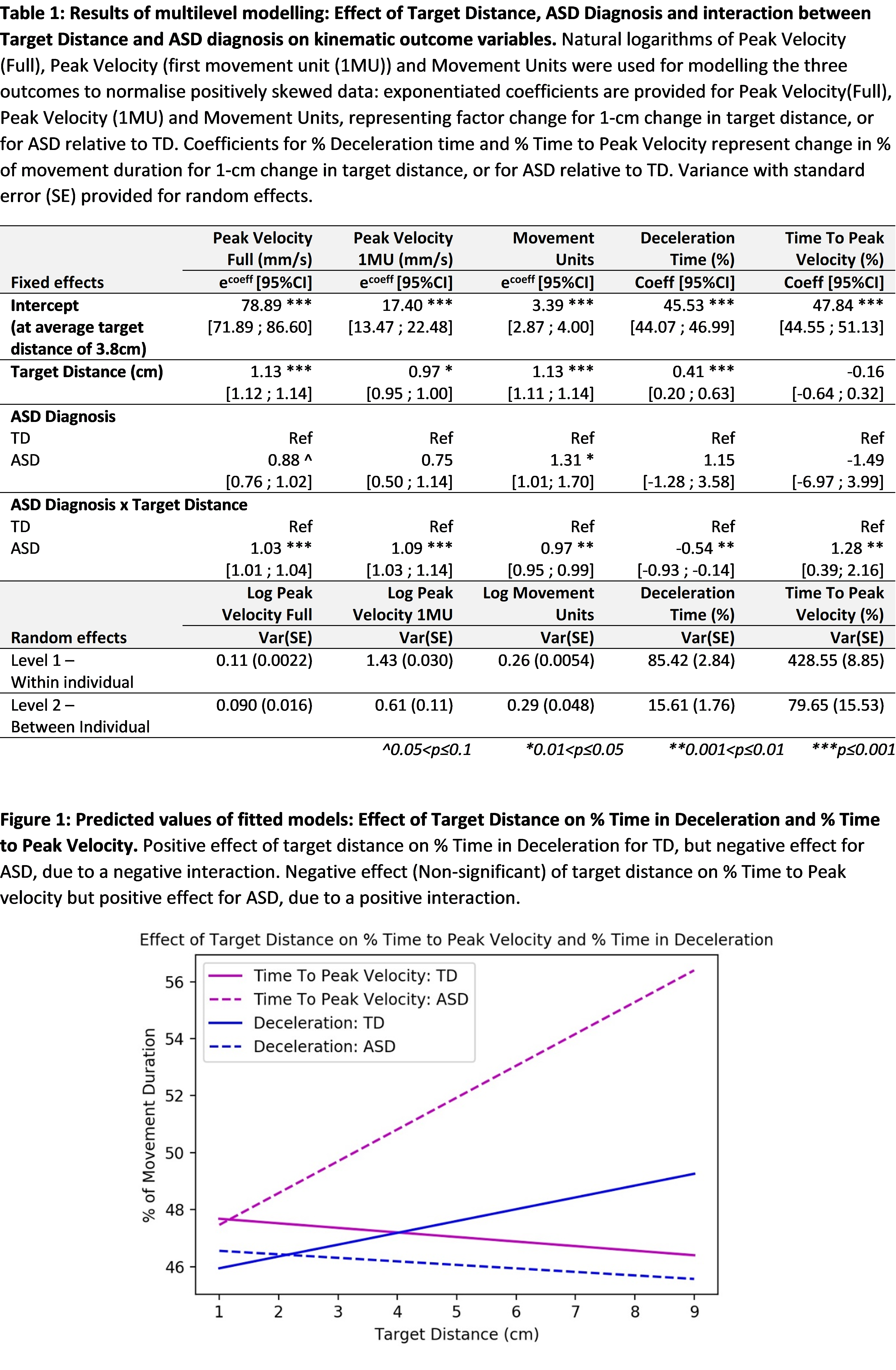