Maternal immune activation (MIA) is emerging as a consistent risk factor for ASD. However, the specific sources of MIA or the mechanisms underlying MIA-ASD association are unclear. Animal literature suggests that the maternal gut microbiota interact with her immune system to influence fetal neurodevelopment and manifest autism-like symptoms in the offspring. Antibiotic use modifies the maternal gut microbiota, but its role in modifying the MIA-ASD association is unknown.

We assessed whether MIA and antibiotic use during pregnancy interact to influence the risk of ASD in the offspring in a prospective birth cohort.

In this enriched risk cohort study, we found evidence of a potential interaction between second-trimester flu or fever and antibiotics during pregnancy on ASD risk. Offspring with maternal flu/fever who did not receive antibiotics were at highest risk. We did not find evidence of interactions in the first or third trimester, or overall pregnancy. This study builds on existing animal literature demonstrating an interaction between MIA and antibiotic use and ASD-like symptoms in the offspring. More work is needed to replicate this finding. 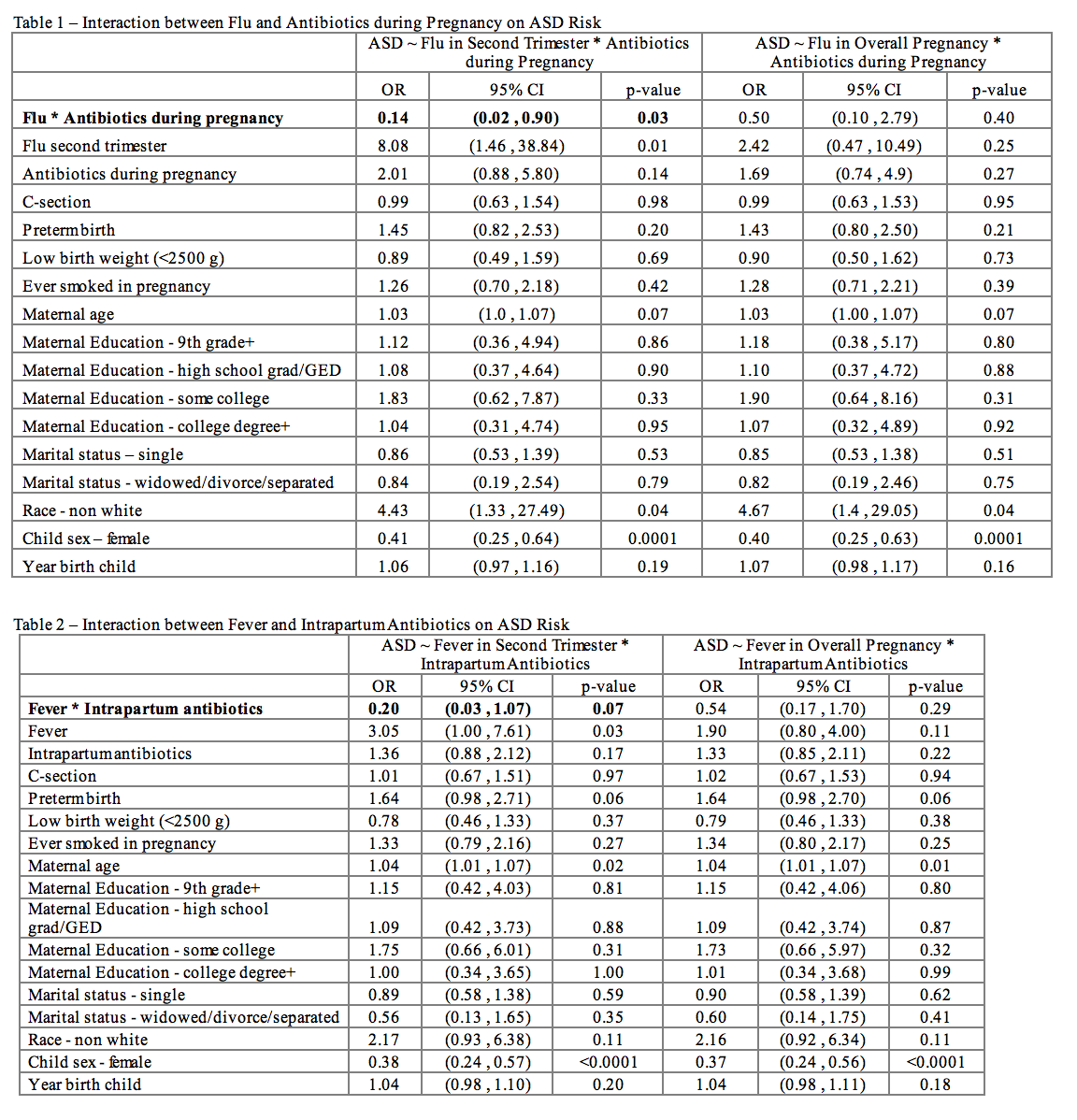