Many young people with autism spectrum disorder (ASD) exhibit co-occurring emotional and behavioural problems. The development of effective interventions requires greater knowledge of the causes of these problems. One approach is to explore whether variation in specific neurocognitive processes, thought to be impaired in individuals with ASD, is also associated with additional psychopathology. Social cognition difficulties are often reported in ASD, but how these relate to co-occurring emotional and behavioural problems (including callous-unemotional (CU) traits) has not been well explored. Different aspects of social cognition (emotion recognition vs. theory of mind) may be associated with different types of co-occurring psychopathology.

To test the association between objective metrics of social cognition and co-occurring emotional and behavioural problems, in a well-characterised sample of adolescents with ASD (QUEST sample; part of the wider IAmHealth study; n=48; 28 males, 20 females; 11-15 years) with a wide-range of IQ (mean = 85.85, range = 33-129).

Poorer theory of mind ability was associated with greater emotional (β =-1.46, p<0.05) and conduct problems (β =-.86, p<0.05) (Figure 2). Associations remained significant or at a trend (p=0.06 for the association with conduct problems) in covariation analyses. No associations were found with ADHD symptoms in either task.

The association between emotional problems and relative looking to the eyes when viewing sad and neutral faces could indicate a bias towards negatively valenced social stimuli, as is reported in typically developing populations. Similarly, difficulties in recognising fear in individuals with CU traits is comparable to that reported in typically developing populations, suggesting these two types of co-occurring psychopathology may have comparable aetiologies in typically developing and ASD populations. The association between objectively assessed difficulties in theory of mind and emotional and behavioural problems builds on prior work which has which has found comparable associations using caregiver-report of theory of mind. Overall, findings suggest that social cognition atypicalities should be investigated in aetiological models of co-occurring psychopathology in ASD, and that assessment of socio-cognitive functioning could be helpful in the planning of interventions. 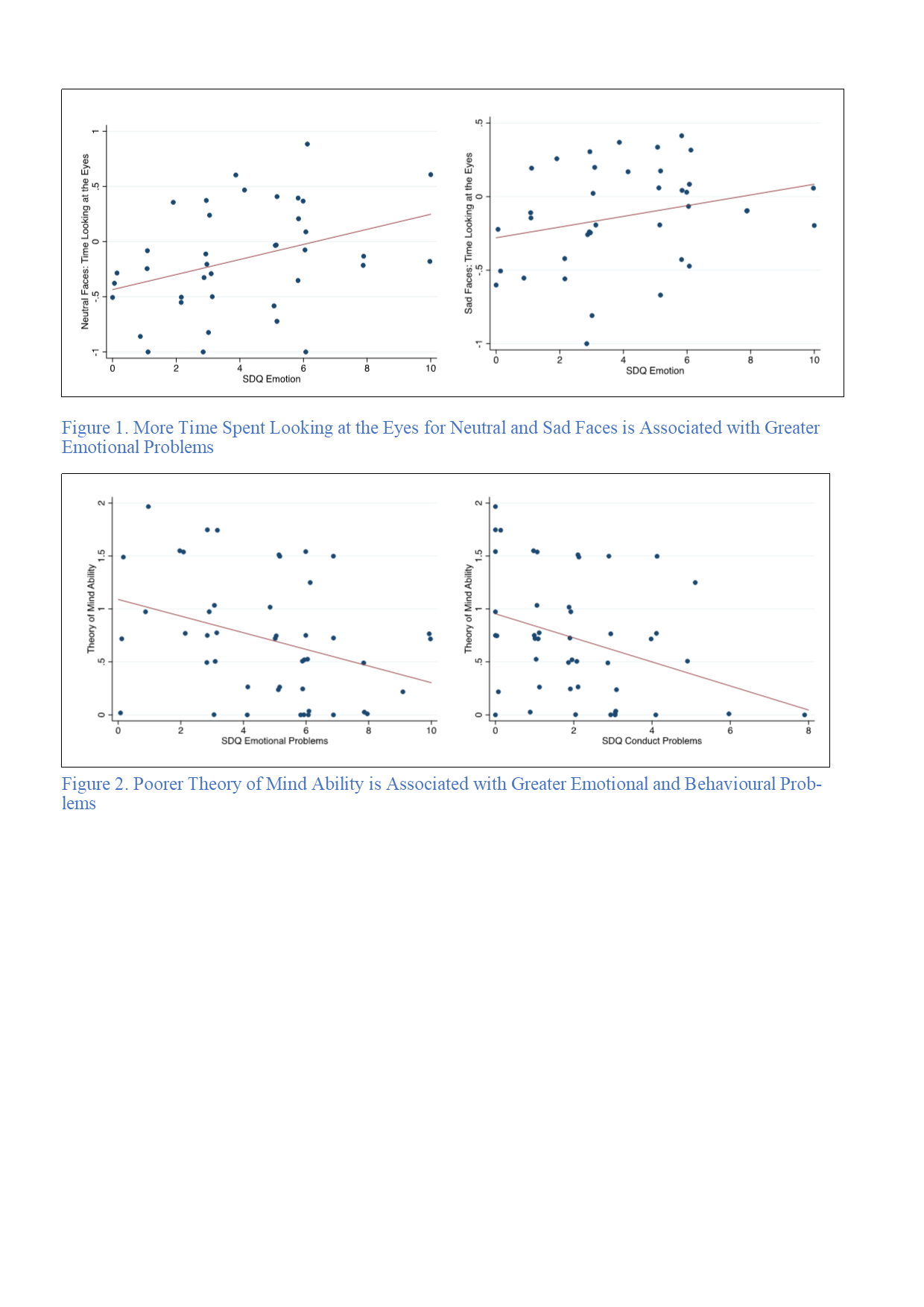