Background: Compelling evidence for the far-reaching role of Oxytocin (OT) in social cognition and affiliative behaviors in humans set the basis for examining the association between genetic variation in the OT receptor (OXTR) gene and risk for Autism Spectrum Disorder (ASD).

Objectives: The aim of the study was to examine gene-environment interaction of the OXTR gene and prenatal exposure to OT and OXTR antagonist (OXTRA) in predicting early social-communication development.

Conclusions: In the current study the gene by environment interaction observed was specific to ASD related impairments, rather than a general functional deficit. Our findings demonstrate how the inclusion of targeted genetic information may help identify previously unmeasured heterogeneity in treatment response, thus highlight the importance of both genetic and environmental pathways of OT in signaling early social development. Furthermore, the current findings raise the need for further research of the association between OXTR and ASD. 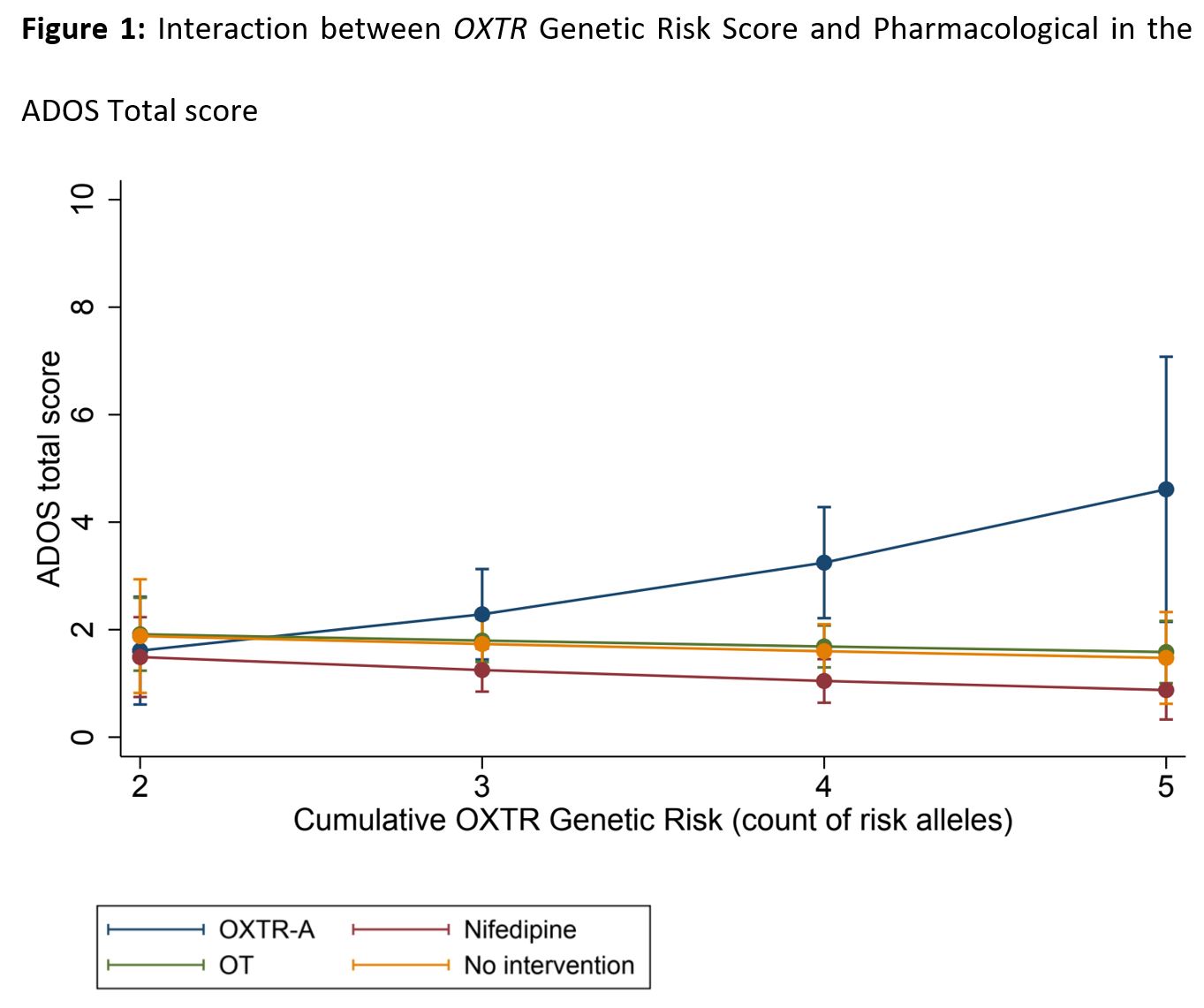