The purpose of this study was to examine relations among receptive and expressive language, socialization, and RRBs for 24-month-olds at high familial risk of ASD. A secondary purpose was to evaluate whether relations differ between children who did versus did not meet diagnostic criteria for ASD.

These findings inform an understanding of early relations of RRB to communication by showing evidence of an association between receptive language and RRB for toddlers at high risk for ASD. Additionally, these findings suggest that associations among language and RRB differ minimally between children at high familial risk with and without an ASD classification. 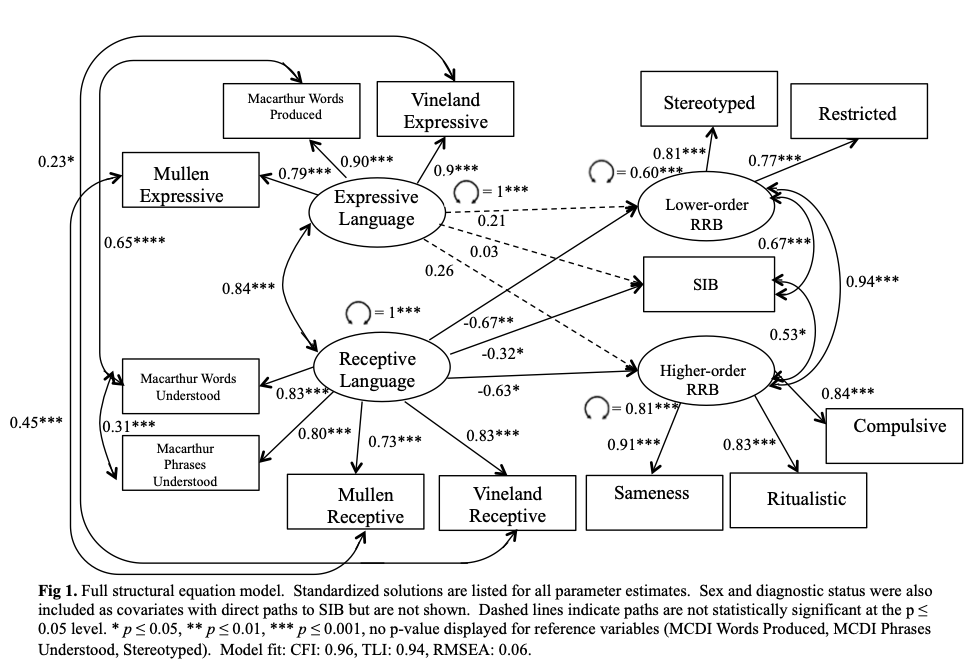