Objectives: Investigate whether LPC and LSW are elicited in youth with and without ASD during a ToM task. Explore whether magnitude of the difference between ERPs elicited to correct vs. incorrect conditions is associated with ToM accuracy and ASD symptom severity.

Conclusions: Results show the LPC and LSW are elicited to a novel ToM EEG task in TD and ASD adolescents. ERPs were associated with ADOS-2 CSS and ToM in opposite directions. This suggests the ASD group may rely on compensatory neurocognitive mechanisms to engage in ToM, resulting in attenuated discrimination between ToM conditions. Furthermore, although ToM performance is related to ASD symptom severity, mediation analysis revealed that this relationship disappears when LPC magnitude is taken into account. Therefore, automatic processing of conditional salience during active ToM reasoning partially explains the relationship between ASD severity and individual differences in ToM ability in adolescents with and without ASD. 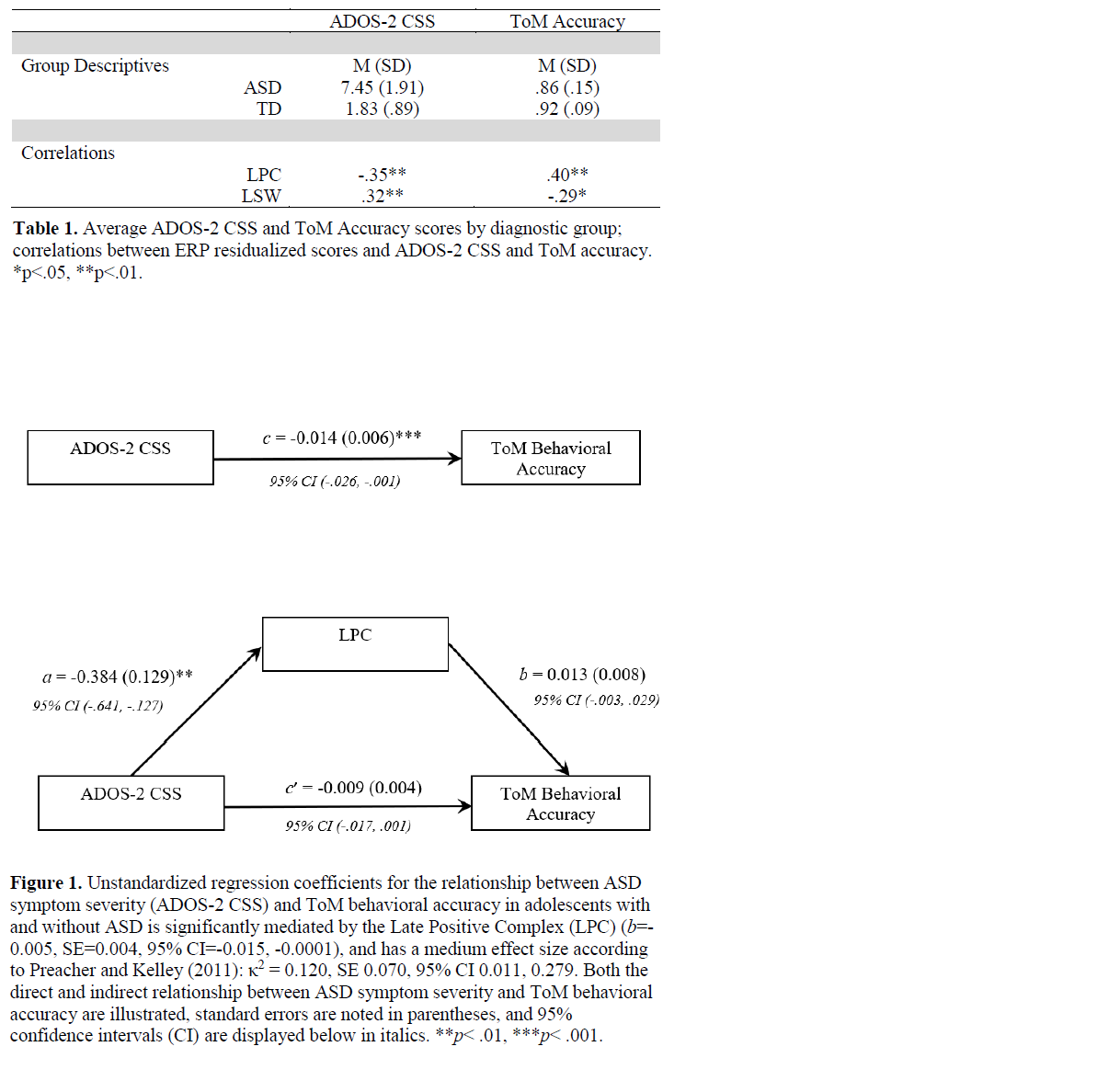