Poster Presentation
Room: 710 (Palais des congres de Montreal)
J. J. Hsieh1, Y. Nagai2, S. Kumagaya3, S. Ayaya3 and M. Asada1, (1)Graduate School of Engineering, Osaka University, Osaka, Japan, (2)Center for Information and Neural Networks, National Institute of Information and Communications Technology, Osaka, Japan, (3)Research Center for Advanced Science and Technology, The University of Tokyo, Tokyo, Japan
Background: Atypical perception was reported as a potential cause of social difficulties in autism spectrum disorder (ASD). The subjective reports from people with ASD indicated that the atypical perception varies depending on the environmental context. However, it is not easy for everyone to describe their perceptual experiences. Further, the traditional subjective reports are insufficient for quantitative analysis. Therefore, the previous reports could not clarify the detailed patterns of the perception and the influence of environmental factors. In order to solve the problem, a previous study [Nagai et al., 2015] has proposed a synthetic approach to investigate atypical visual perception in ASD. Nevertheless, the understanding of atypical perception in other modalities is still insufficient.

Methods: Twenty-two adults with ASD (12 males; age: mean = 30.7, SD = 10.0) were recruited in this study. We presented 30 videos with different scenes and 7 auditory filters (amplify, noise, sine wave, band-reject, echo, flanger, and water effect), which were designed to simulate potential patterns of atypical auditory perception, to the participants. The participant can adjust the strength of the filters to change the sound. The task was using the filters to make the sound similar to his/her auditory perception. We conducted principal component regression on the strength values of the filters and the audiovisual features of the videos. 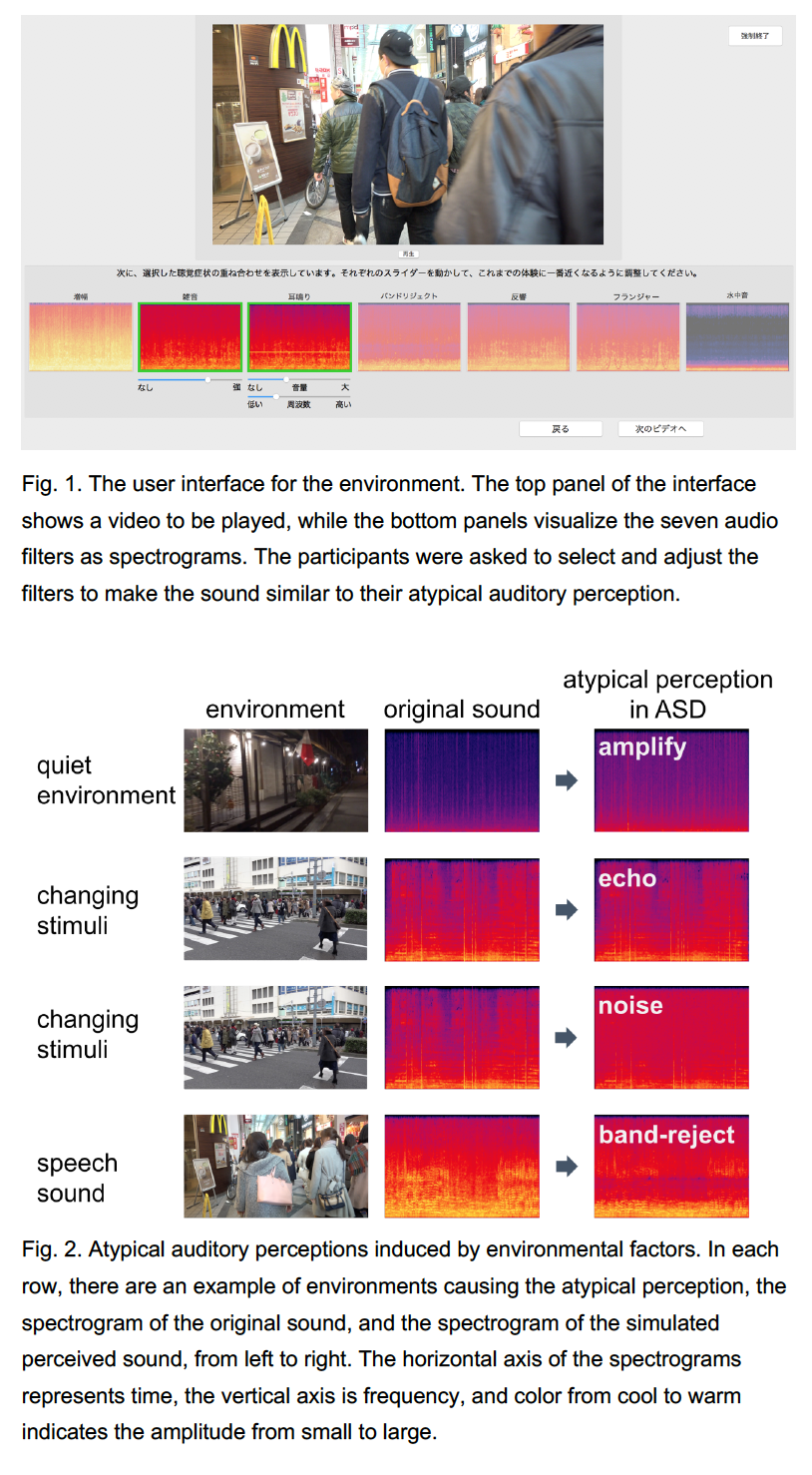