31104
Development of a Visual Autistic Identity and Emotions Scale

Objectives: To create and evaluate a novel visual measure of autistic identity comprised of picture-based representations of core aspects of the lived experience of autism, identified by autistic members of our research team, and associated emotion rating scales.

Methods: A participatory team of 5 autistic and 4 non-autistic researchers iteratively developed an adapted version of the SAM (Figure 1), drawn by an autistic co-author, and a list of core aspects of the lived experience of autism (Table 1). Adaptation of the SAM was guided by an evaluation of the original SAM wherein autistic teenagers (n=15) and autistic (n=16) and non-autistic (n=148) college students were asked “What do you think these pictures are measuring?” Responses were qualitatively coded after researchers obtained reliability. We are currently evaluating the psychometric properties of the full scale by having autistic adolescents and college students rate each aspect of the lived experience of autism and relating responses to the RAADS-14 (Eriksson et al., 2013).

Conclusions: Findings highlight that an emotion rating scale that is very widely used (5644 citations) is confusing for autistic and non-autistic youth. Measures of emotion that are developed in a participatory manner, with many opportunities for people to provide open-ended interpretations and careful validation, are clearly needed. After validating our autistic identity scale, we will use it with autistic people across the spectrum to gain a fuller understanding of autistic experience and identity. 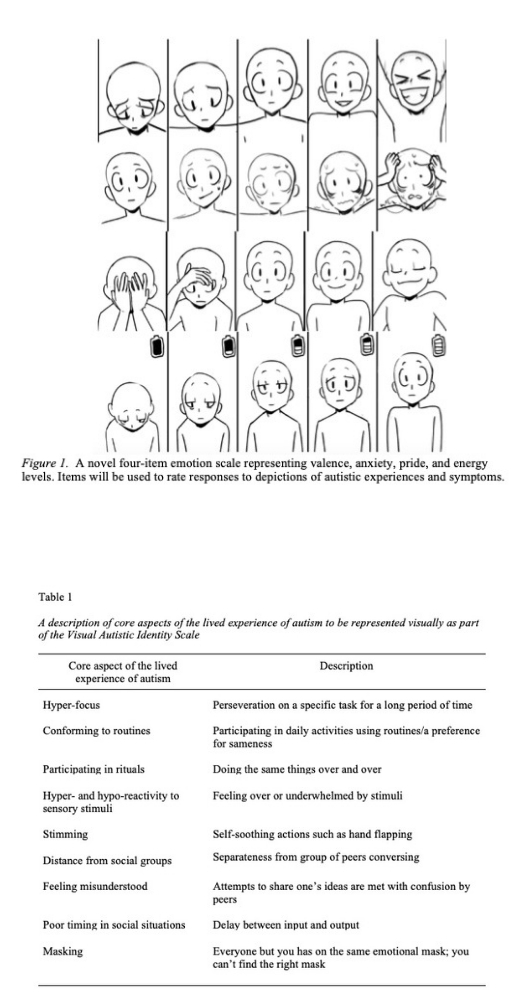