Objectives: Our objective was to extend this previous work by characterizing the impact of home language environment on later language function in high familial risk infants who developed autism spectrum disorder (ASD)

Methods: There were three groups of infants in this study: those who were at high-familial-risk by having an older sibling with ASD but did not have ASD themselves (n = 46); those who were at high-familial-risk and had ASD themselves (n= 14); and those who were at low-familial-risk and exhibited typical development (n = 36). Diagnoses were made by clinical best estimate at age 2 years. Two days of home language recordings were collected at 9 and 15 months. Software was used to automatically process infant and adult vocalizations (LENA Pro software suite V3.3.4). The current study focuses on the richness of the home language environment, operationalized as amount of language exposure (adult word counts, AWC) and caregiver-child interactions (conversational turn counts, CTC).

Conclusions: There is a prodromal period for children with ASD during the first year of life where the core behavioral features of ASD are not yet present. The current study reveals that parent verbal behavior during the first years of life and educational attainment can have a significant impact on later language development, highlighting the home language environment as a means to support language development in HR and LR infants, including those who go on to develop ASD. 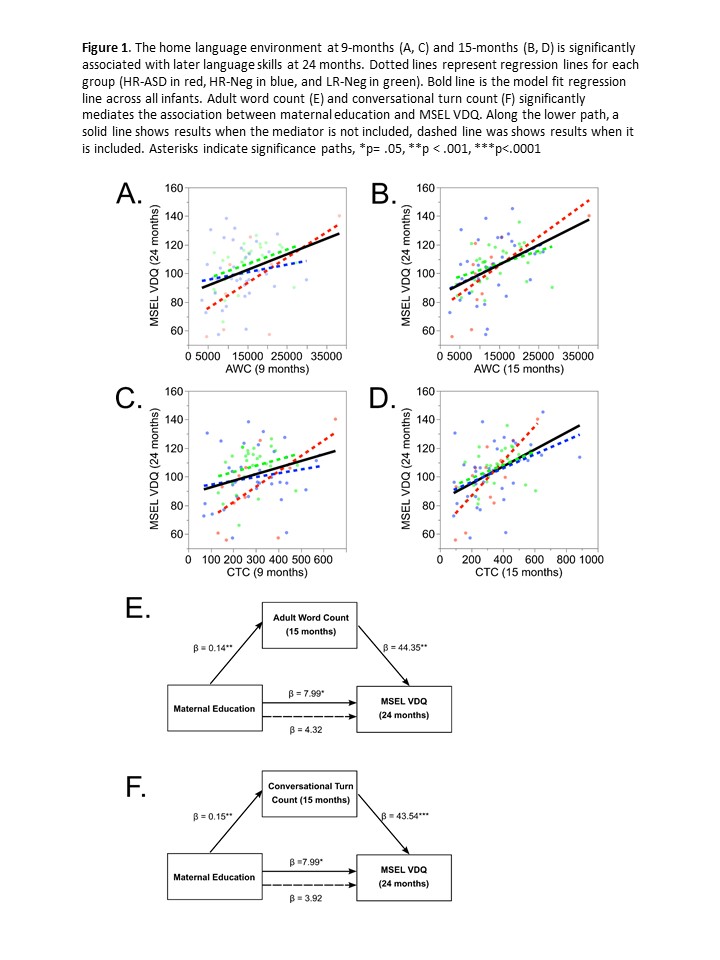