Objectives: To examine differences in the FFR to speech-evoked stimuli in individuals with ASD, their parents, and respective control groups.

Methods: Participants include 30 individuals with ASD, 36 controls (a subset of whom (n=29)) only completed FFR to the speech syllable /da/), 40 ASD parents, and 19 parent controls. FFRs to the speech syllable /da/ and the naturally spoken syllable /ya/ with an ascending pitch contour (i.e., resembling a question) were collected. FFRs to /da/ were analyzed for response latencies reflecting processing of the onset, offset, and acoustic properties of the syllable. FFRs to /ya/ were analyzed for fidelity of pitch tracking of the stimulus. Furthermore, parent-child correlations were conducted within the ASD and ASD parent groups to assess the familiality of FFRs to speech-evoked stimuli.

Conclusions: Findings revealed both delayed and diminished neural processing of speech-evoked stimuli in individuals with ASD and their parents. Such evidence of inefficient neural processing of the acoustic features of speech highlights the FFR as a potential neural marker of prosodic atypicalities characteristic of ASD. Parallel findings observed in individuals with ASD and their parents suggest that the FFR to speech-evoked stimuli may be a key neural marker of genetic liability to ASD. 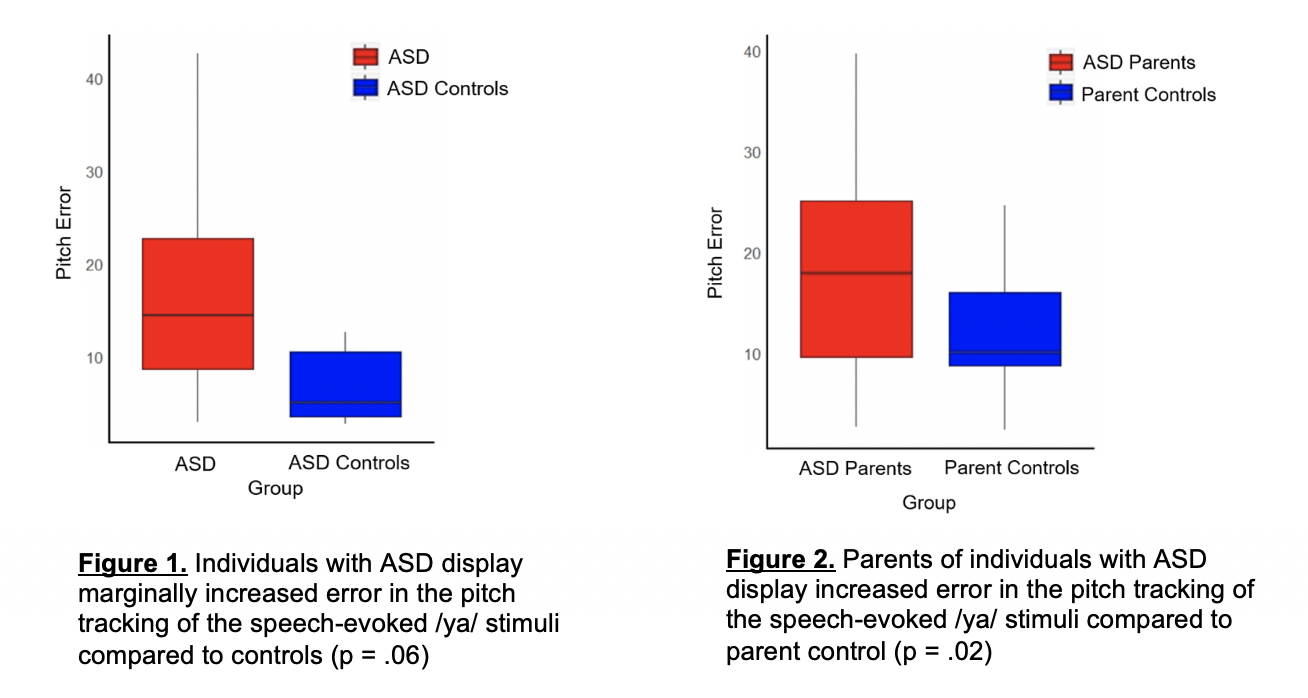