Objectives: 1) To confirm increased ASD risk associated with PNMS exposure, and 2) investigate the interaction and moderating effects of ASD and PNMS familial predispositions on the association between PNMS exposure and ASD. 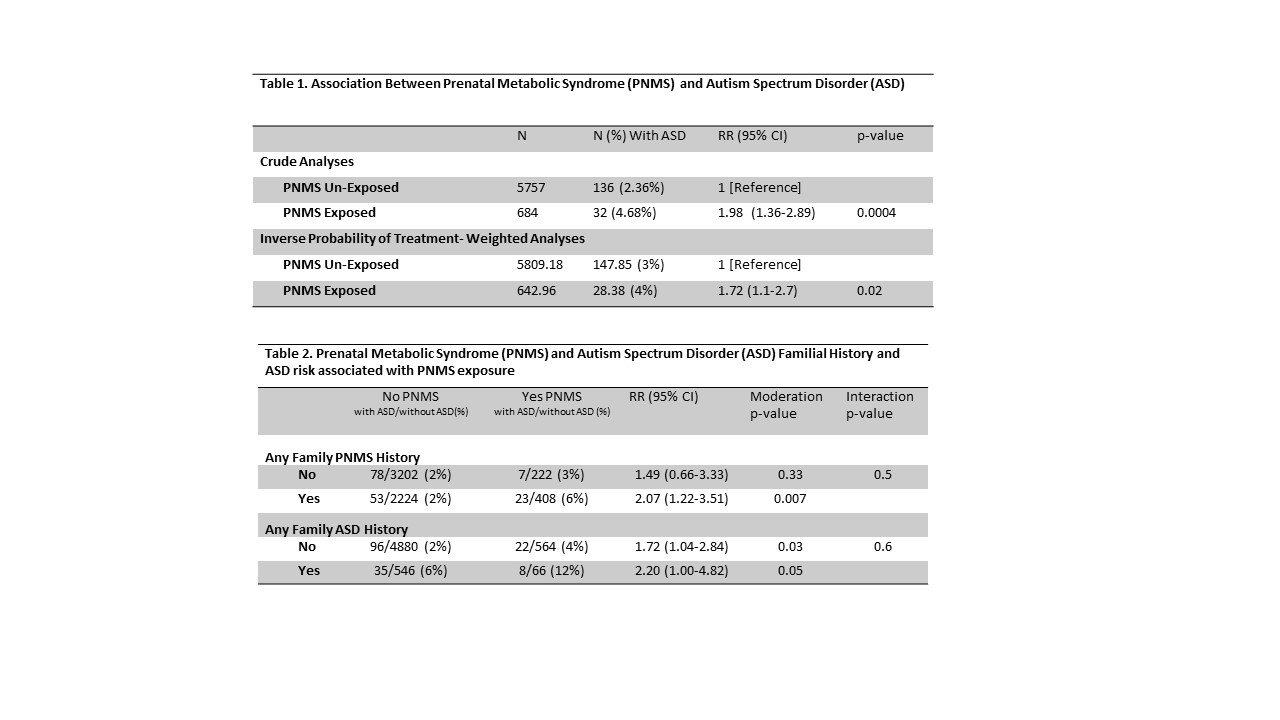