31252
The Independent, Moderating, and Interaction Effects of Prenatal Exposure to Maternal Smoking and Ambient Fine Particulate Matter on Risk of Autism Spectrum Disorder

Methods: Children with ASD born from 2008-2010 in Salt Lake County, Utah (N=247) were identified by the Utah Registry of Autism and Developmental Disabilities and each matched to five population controls (N=1008) based on birth year and sex from the Utah Population Database. Exposure to maximum daily (split at ≤ vs >median concentration in each exposure window) and average daily (split at ≤ vs >12 µm) concentrations of ambient fine particulate matter was estimated separately for five exposure windows including the three months prior to conception, the first, second, and third trimesters, and throughout pregnancy. Prenatal maternal smoking (yes vs. no) and additional pregnancy-related covariates for ASD were acquired from birth certificates. A series of multivariable conditional logistic regression models were fit to determine the relationship between 1) prenatal maximum and average daily PM2.5 exposures and ASD risk, and 2) prenatal maternal smoking and ASD risk. The PM2.5 models were updated to include a prenatal PM2.5 by maternal smoking interaction term. 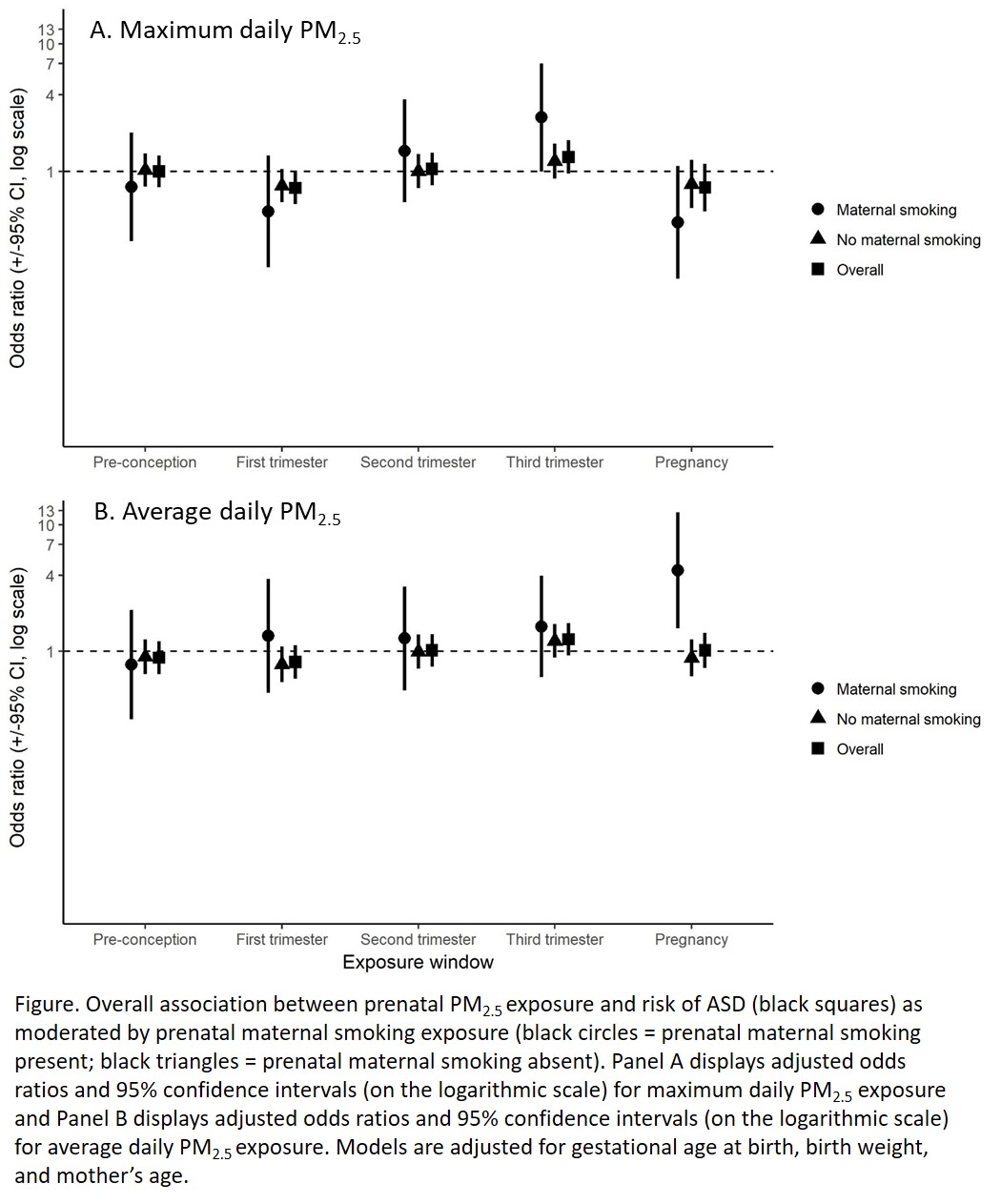