Objectives: The main purpose of this study was to clarify how early ToM ability is related to two-year-later pretend play in children with ASD. 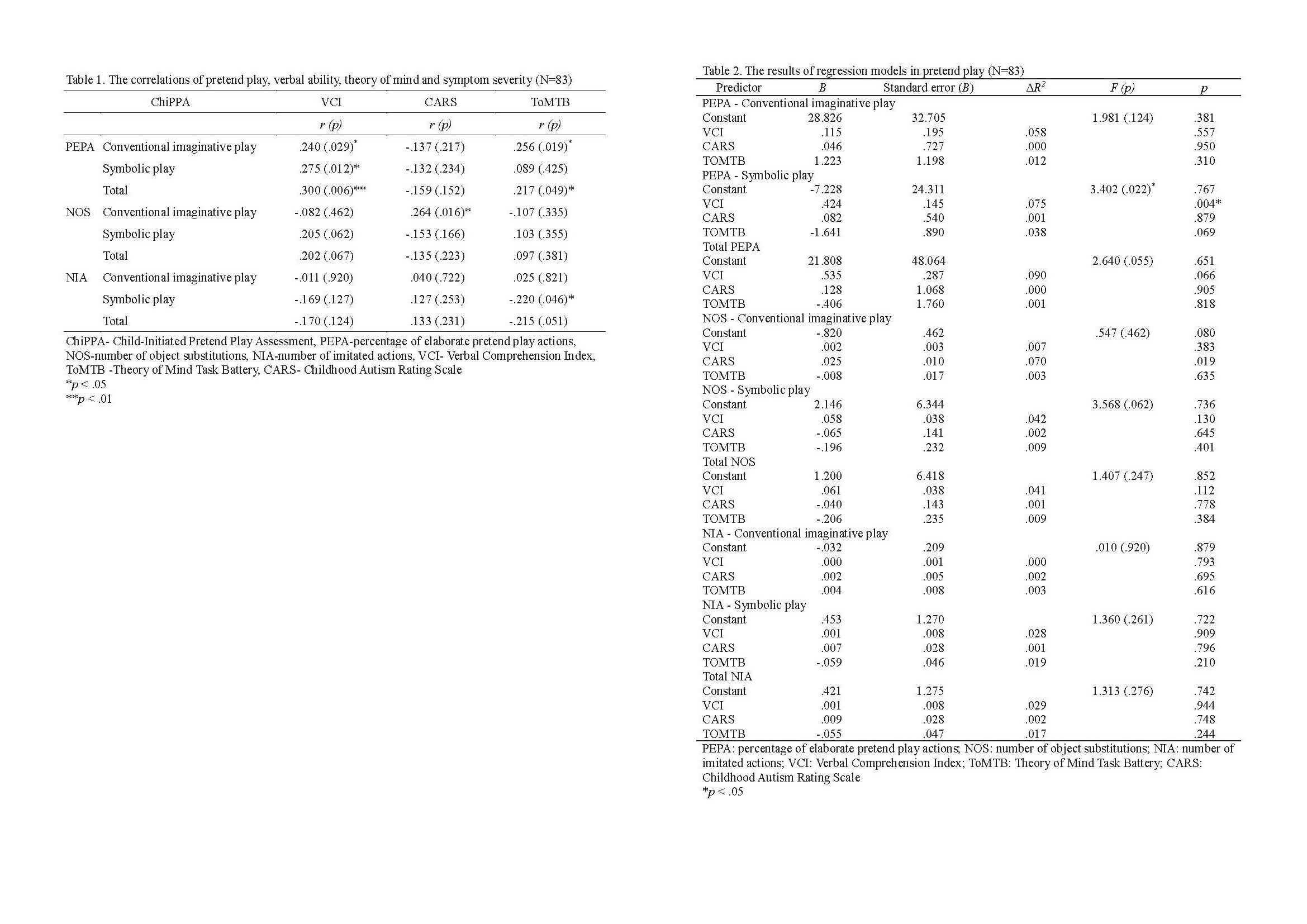