31487
Association between Puberty, Age, and Behavior in Children and Youth with Autism Spectrum Disorder: Data from the Pond Network

Objectives: The objective of this study was to determine the association between pubertal status, age, and internalizing/externalizing behavior in children and youth with ASD.

Methods: This was a cross-sectional study using data from the Province of Ontario Neurodevelopmental Disorders network and included children and youth with ASD aged 8-19. All participants’ caregivers completed the Child Behavior Checklist (CBCL). Participants or caregivers reported Tanner stage of puberty. Participants were grouped into three pubertal stages: pre-pubertal (Tanner 1), pubertal (Tanner 2-4), and post-pubertal (Tanner 5). The influence of pubertal stage on CBCL internalizing and externalizing behavior scores was assessed using multivariable linear regression controlling for age. Because the sample consisted of more males than females, separate analyses were done for each sex, with the primary analysis for males and a secondary analysis for females. 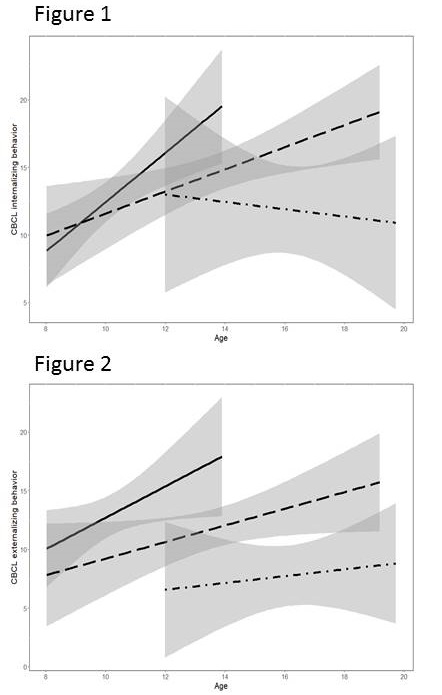