The mirror neuron system (MNS), which becomes active when carrying out actions and observing actions in others, is considered to serve as a foundation for children’s social-cognitive learning, language and understanding intentionality in others’ actions. Given the core deficits in social communication in ASD, it has been proposed that the MNS may be impaired in this population, but there is ongoing debate and controversy about the functioning of the MNS in ASD. However, no studies have explored the MNS in very young children with ASD or how it might be related to individual variability to both language and social cognitive functioning.

The goal of the present study was to explore activation in the MNS, which was approximated by recording the EEG mu rhythm (power in the alpha frequency band over the sensorimotor areas), in preschoolers with ASD and compared to activation in age matched typical children. MNS activity was recorded in communicative (i.e. pointing actions) and non-communicative contexts (i.e. grasping actions) and we examined the relationship between neural activity and the children’s language and imitation skills.

Participants were between the ages 21 and 59 months (M = 39.2, SD = 10.4). Good quality EEG data was obtained from 23 TD children and 19 children with an ASD diagnosis (confirmed by administering the ADOS). Using an EGI system, EEG recordings were obtained to measure power in the central alpha frequency band (7-12 Hz) during action execution and observation. A minimum of 15 toys were grasped and placed in a container and 30 video clips were presented in which an actor performed grasping and pointing actions (Figure 1). The receptive and expressive language scales of the Mullen Scales of Early Learning (MSEL; Mullen, 1995) were administered to measure language abilities and an elicited imitation battery (based on Rogers et al., 2003) was administered to assess motor imitation skills (with and without objects). 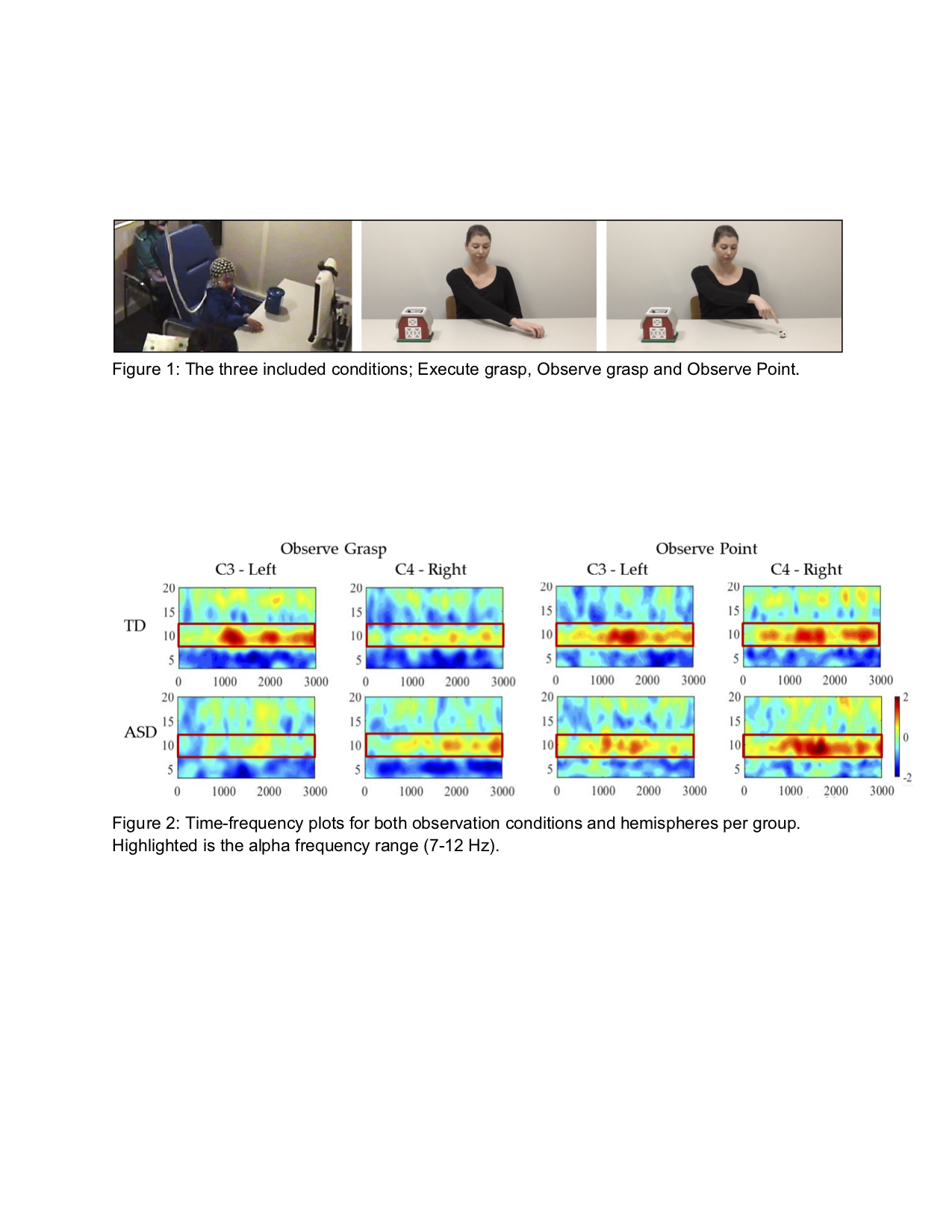