31698
Loss of Skills in Genetic Conditions Associated with ASD: Findings from the Developmental Synaptopathies Consortium.

Objectives: The purpose of this study was to investigate milestone attainment and loss of skills in youth with Phelan-McDermid Syndrome (PMS), Tuberous Sclerosis Complex (TSC) and PTEN hamartoma tumor syndrome (PHTS).

Results: In all groups, the majority of parents reported that with hindsight, their child had exhibited behavioral or developmental problems in the first year of life (PMS, 66%; TSC, 74%; PHTS, 85%). Attainment of milestones and rates of skill loss are shown in Table 1 and indicate that loss was reported in 48% of the PMS group, 35% of the TSC group and 43% of the PHTS group. A fuller description of risk factors relating to these onset patterns, areas of loss, and current functioning in these cohorts will be provided.

Conclusions: A significant percentage of children in all three genetic condition groups were reported to have significant early delays in both language and motor domains, but also have parent report of lost skills, at rates that appear as high, if not higher than found in idiopathic ASD, using similar definitions as previous ASD studies. These findings raise further questions about the relationship of loss of skills to the existence of prior delays, and to the relationship of regression to specific genetic etiologies. 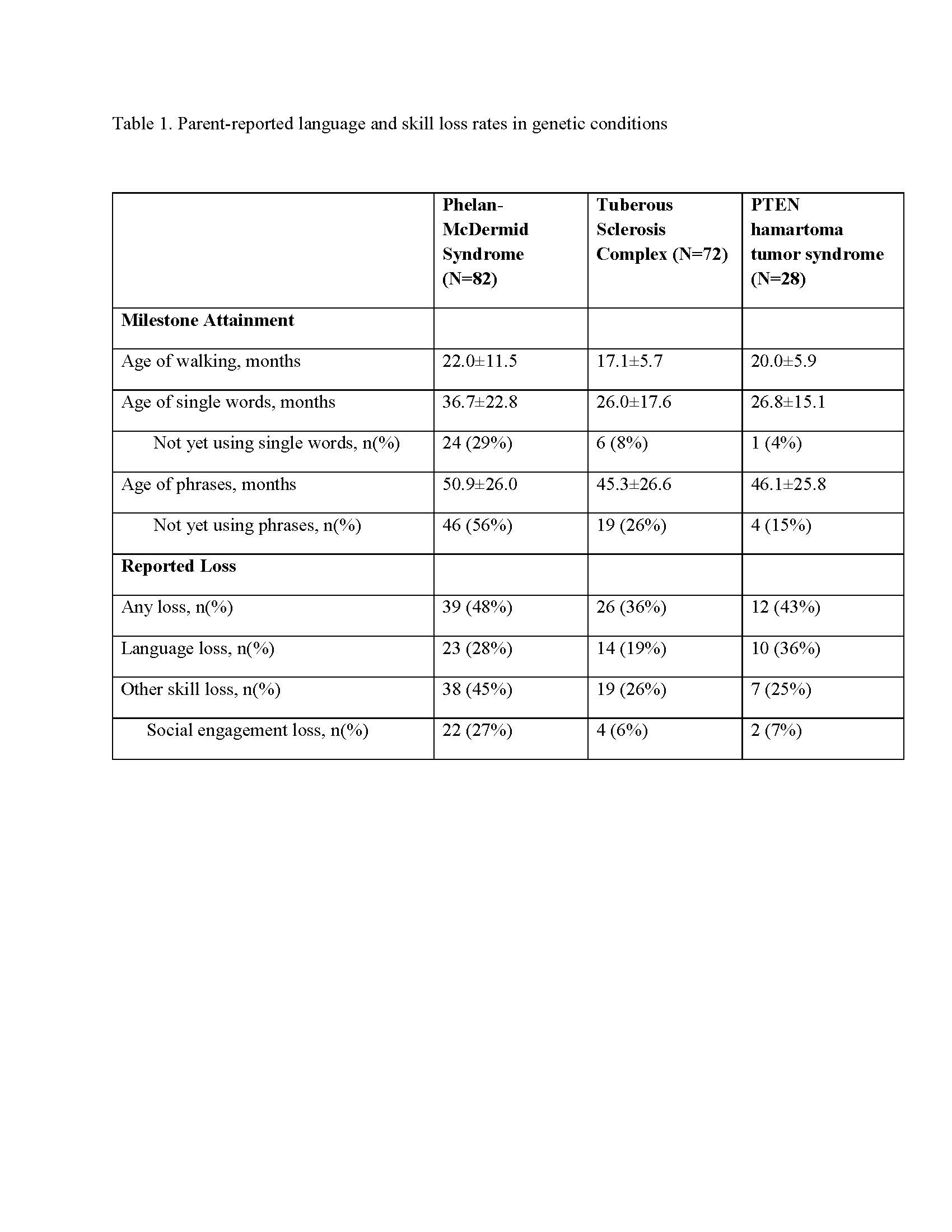