Objectives: We aimed to replicate the finding of shortened TL in children with ASD compared to neurotypical (NT) controls, and add new findings concerning TL in unaffected siblings. We investigated relationships between TL, cognition, and ASD-related behaviors in affected individuals, unaffected siblings, and parents.

Conclusions: We replicated shortened TL in individuals with ASD compared to NT controls. This is the first study to demonstrate unaffected siblings’ TL is also reduced, but to a lesser degree than their affected siblings, which may be driven by females with ASD. We replicated findings of no relationship between TL and core ASD symptoms, but add new findings of relationships with sensory symptoms. Further, we demonstrate TL is more tightly coupled with cognition in parents, which is concerning for cognitive aging outcomes in affected individuals with reduced TL at young ages. We observed a surprising correlation between longer TL and greater aloof traits in parents, which may reflect a protective mechanism to social stress. Further research is warranted to determine if TL is both a biological mechanism of symptoms in individuals with ASD and a potential treatment target. 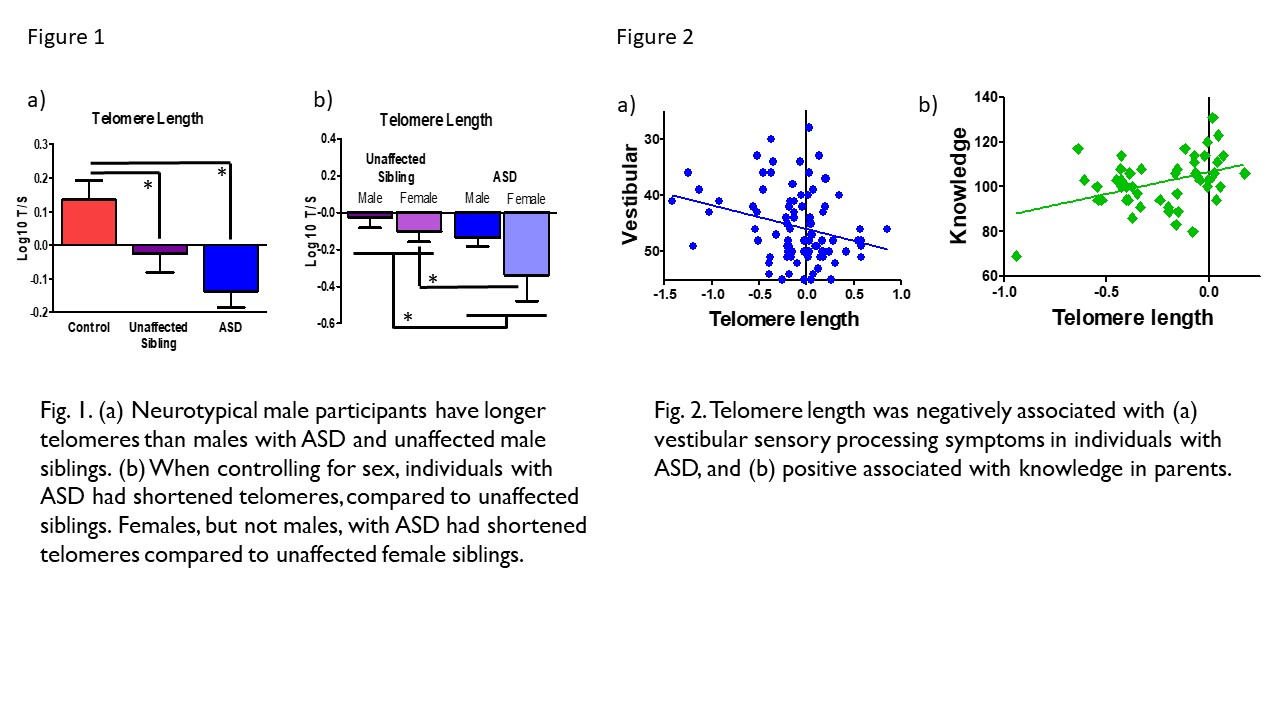