31741
Effects of Early Social-Communicative Intervention on the Brain Activity of Toddlers with ASD: An ERP Study.

There is large consensus that objective and insightful evaluations of autism interventions should include neurophysiological measures.

This randomised controlled trial tests the effects of Project ImPACT, an early parent-run intervention targeting social-communicative skills, on the behaviour and brain activity of toddlers with Autism Spectrum Disorder (ASD).

Toddlers with ASD have been randomised to receive either Project ImPACT or treatment as usual (TAU), which does not specifically focus on social-communicative abilities. Researchers involved in data acquisition and analysis were blind to group assignation. Outcome measures include event related potentials (ERPs) in response to standard and deviant voice and non-voice stimuli.

This section highlights the most prominent findings of this study (complete overview in Table 1).

The differential effect of intervention over the N2 response to deviant stimuli was further supported by the time X group interaction approaching significance when comparing the ImPACT and TAU groups (t(1,18) = 1.412, p = .085).

Initial group differences, as well as treatment effects, were mostly observed on the N2 ERP component. A larger N2 response at baseline in children with ASD may reflect hypersensitivity to sound change or a more effortful attentional disengagement, with possible repercussions on the children’s social behaviour. These preliminary results suggest a deeper effect of early intervention focused on social-communicative skills training compared to intervention that does not primarily focus on social communicative abilities. 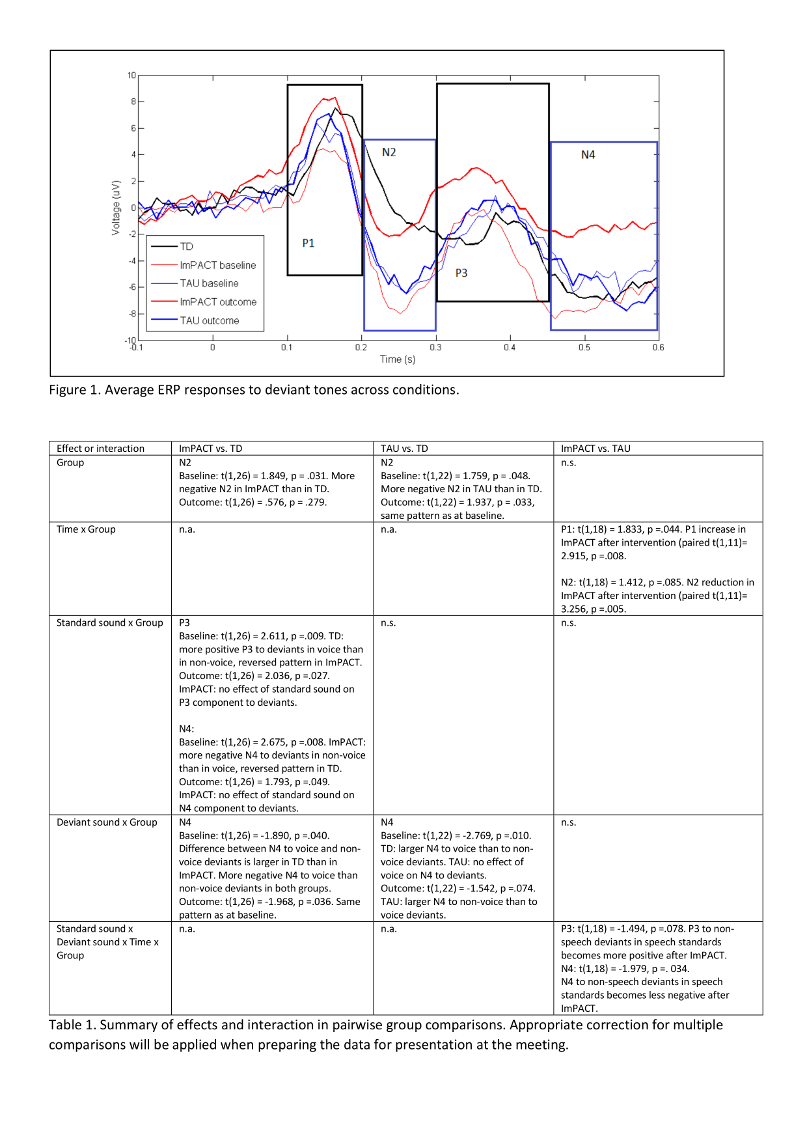