Objectives: To test whether the considerations of sensory behaviours in addition to social communication measures can improve differential diagnoses between ASD and ADHD.

Results: The SCQ significantly predicted diagnosis, with Social Interaction and Restricted and Repetitive Behaviors (RRB) subscales being individually predictive (see Table 1 for detailed statistics). The SSP also significantly predicted diagnosis, with Auditory Filtering, Low Energy, and Visual/Auditory subscales being individually predictive (Table 1). The first model of the follow-up hierarchical logistic regression including individually-predictive subscales of the SCQ, with SSP subscales added in the second model. Adding in sensory measures significantly improved our ability to delineate between ASD and ADHD diagnoses. There was a small increase in sensitivity, with ASD diagnostic accuracy increasing from 82% to 85%, and a more substantial increase in specificity, with ADHD diagnoses without ASD increasing by 11% (from 73% to 84%). This was particularly driven by the Auditory Filtering and Visual/Auditory subscales of the SSP where auditory filtering was more impaired in ADHD, and visual/auditory components of sensory processing were more impaired in ASD.

Our results demonstrate that the inclusion of sensory processing measures, particularly Auditory Filtering and Visual/Auditory subscales significantly increased the ability to differentiate between ASD and ADHD diagnoses in childhood. Items on the auditory filtering subscale of the SSP measure distraction and attention, while those on the visual/auditory subscale measure sensitivities to loud sounds and bright lights, relating to hypersensitivity, a core symptom of ASD. Thus, these subscales likely tap into core features of each disorder, allowing clinicians to use scores on these subscales to differentiate between the two disorders. Our findings provide useful diagnostic information for clinicians, suggesting that only certain aspects of social communication abilities contribute to the accurate delineation of ASD or ADHD diagnoses in children, and that the inclusion of sensory measures has potential to increase diagnostic specificity. 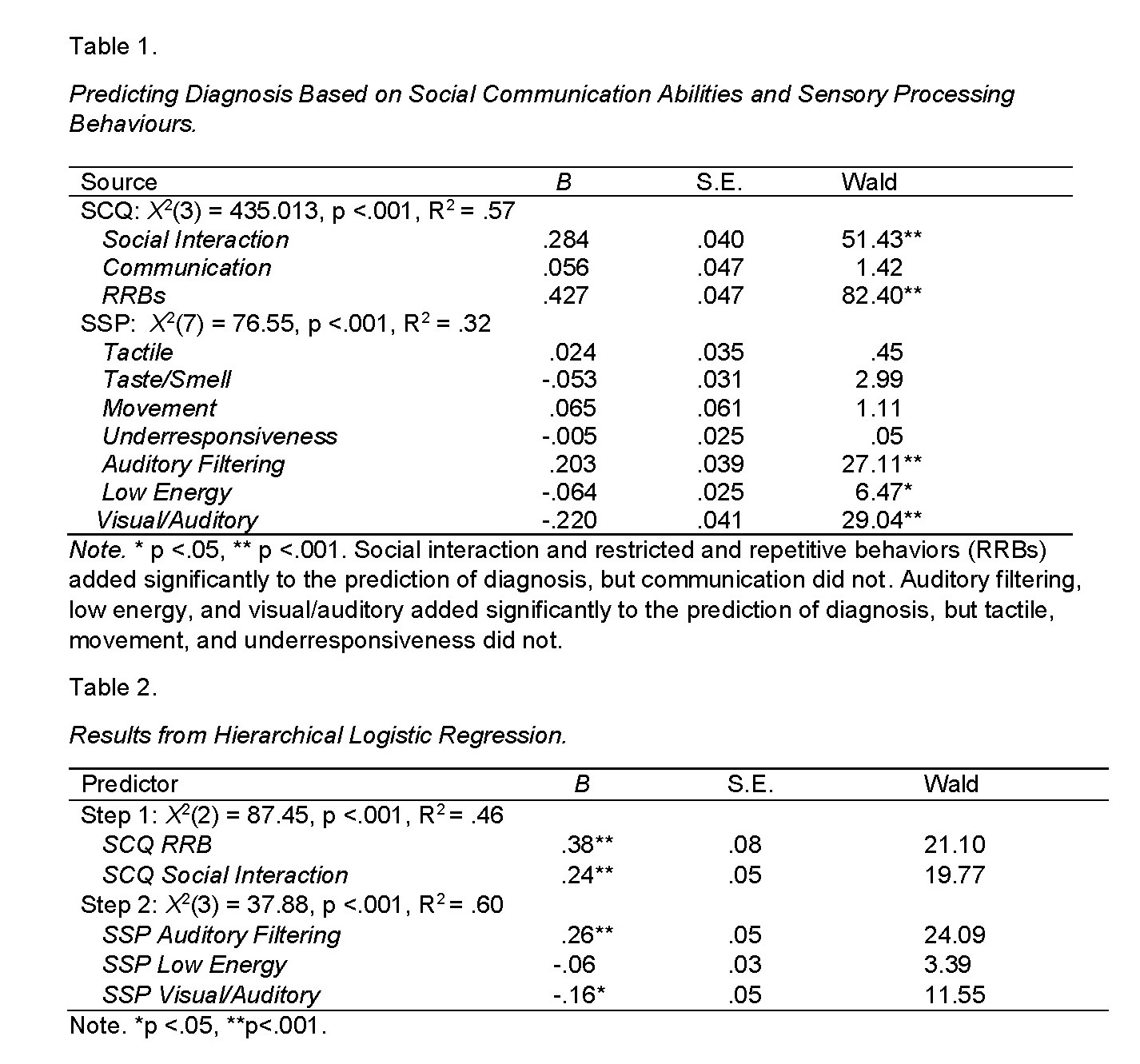