Objectives: To characterize the microstructure of motor and premotor tracts in older adults with ASDs compared with a matched neurotypical group (NT), and identify the relationship between path structure, age, and behavior.

Results: Only 3 out of 5 tracts were reliably identified (Fig. 1A). We found a significant group by age interaction for MD of the dominant dorsal premotor tract (Fig. 1B, p=.006) using a Bonferroni-corrected threshold. Follow-up partial correlations showed a positive relationship with age for MD in the ASD, but not the TD, group. Behavioral partial correlations revealed a significant positive association between volume of the dominant primary motor tract and ADOS-2 comparison score in ASD (partial r=.814, p<.001), using an FDR-corrected threshold (Fig. 1C). Additional correlations with medium effect size (|r|≥.5) were found between structural measures and the BMAT (summary score, manual dexterity) and ADOS-2 (social affect, restricted and repetitive behavior), in ASDs but did not survive FDR correction.

Conclusions: In older adults with autism, we found atypical decline of the dominant dorsal premotor tract, which may reflect disruption of learning associations between sensory input and action, and could reflect accelerated decline in ASDs. The association between motor tract structural measures and both motor performance and autism symptoms found in older adults with ASDs suggests possible decline beyond the motor system or an at-risk subgroup among those with higher ASD severity. 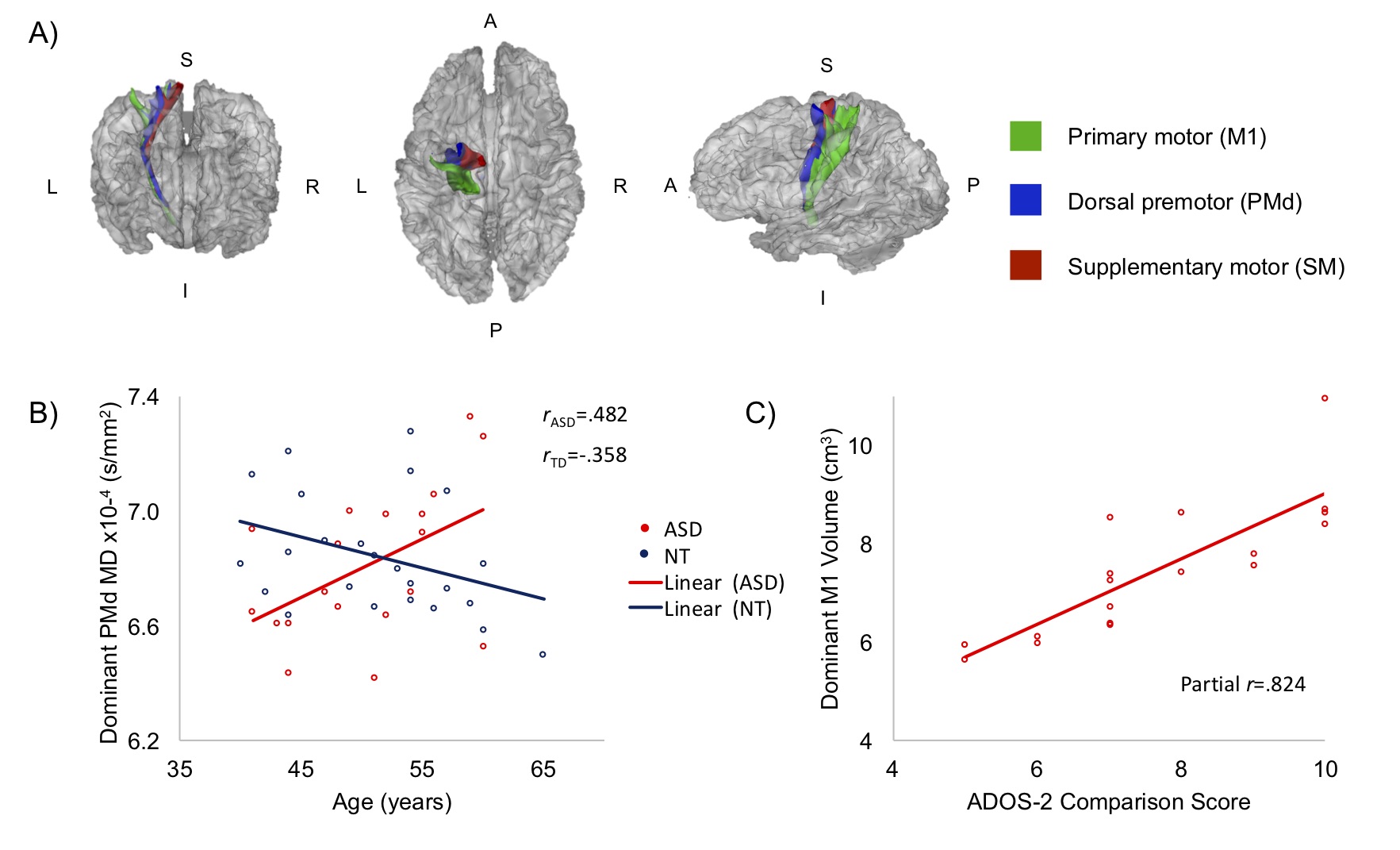