Objectives: This study examines whether BAP ratings of mothers and fathers of a child with autism differ by their race or ethnicity.

Conclusions: Overall, BAP trait differences were observed across race and ethnicity, which varied by measure. Generally, White fathers tended to have more BAP traits compared to others, which could be due to a higher prevalence of autistic traits in White males or an artifact of norming BAP measures on predominantly White male populations. Furthermore, other parents rated Hispanic parents higher on BAP traits, while clinical interviewers rated Hispanic and Asian parents lower. Such differences may be due to cultural biases in others’ ratings or actual differences in BAP presentation by race and ethnicity. These findings caution against using a single measure to capture BAP traits (Davidson et al., 2012). More research is needed to determine whether current BAP measures accurately assess for traits in minorities. 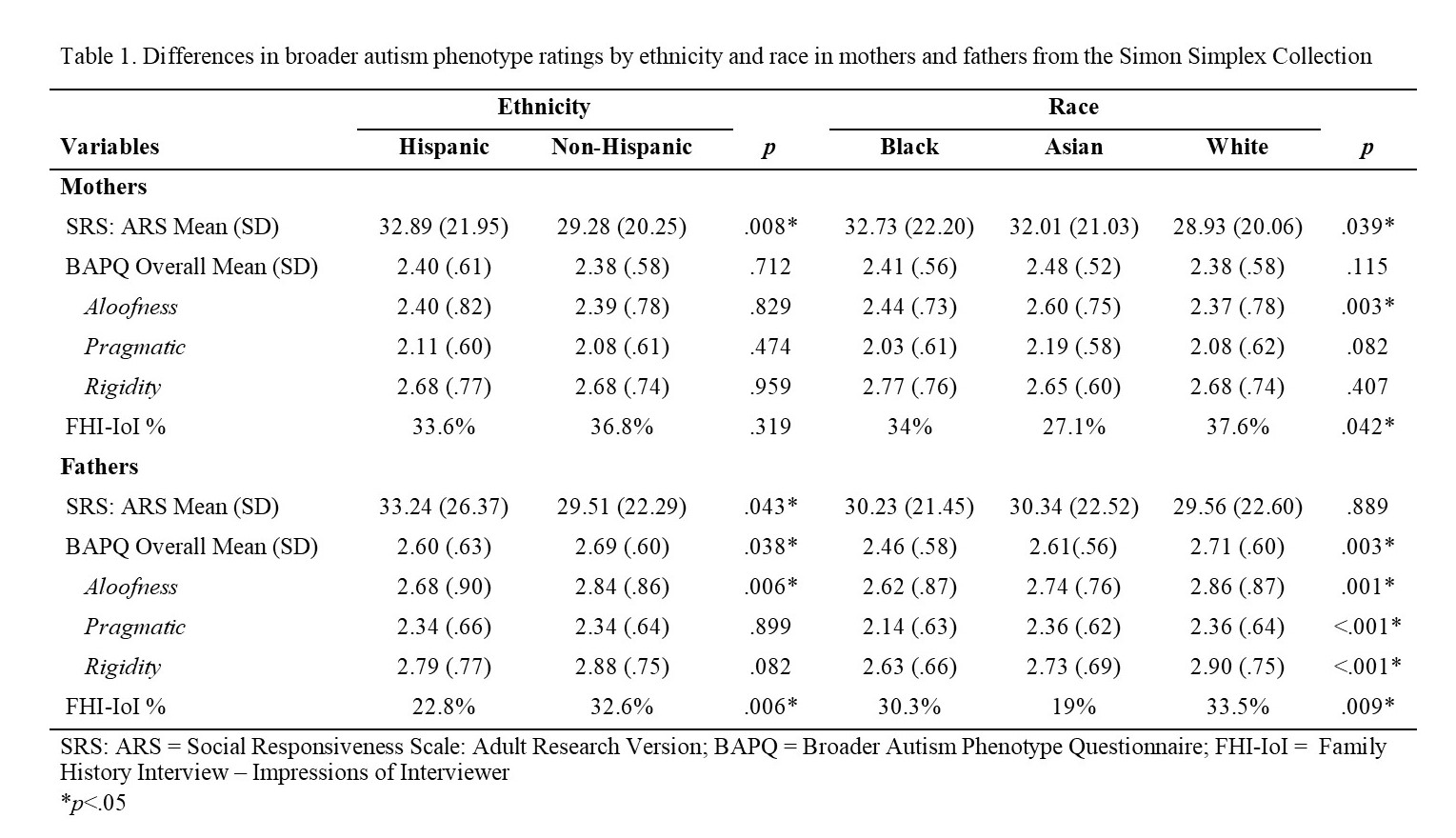