To evaluate whether parent responsiveness mediates the relationship between child hypo-reactivity to sensory stimuli at one year and child communication at two years. 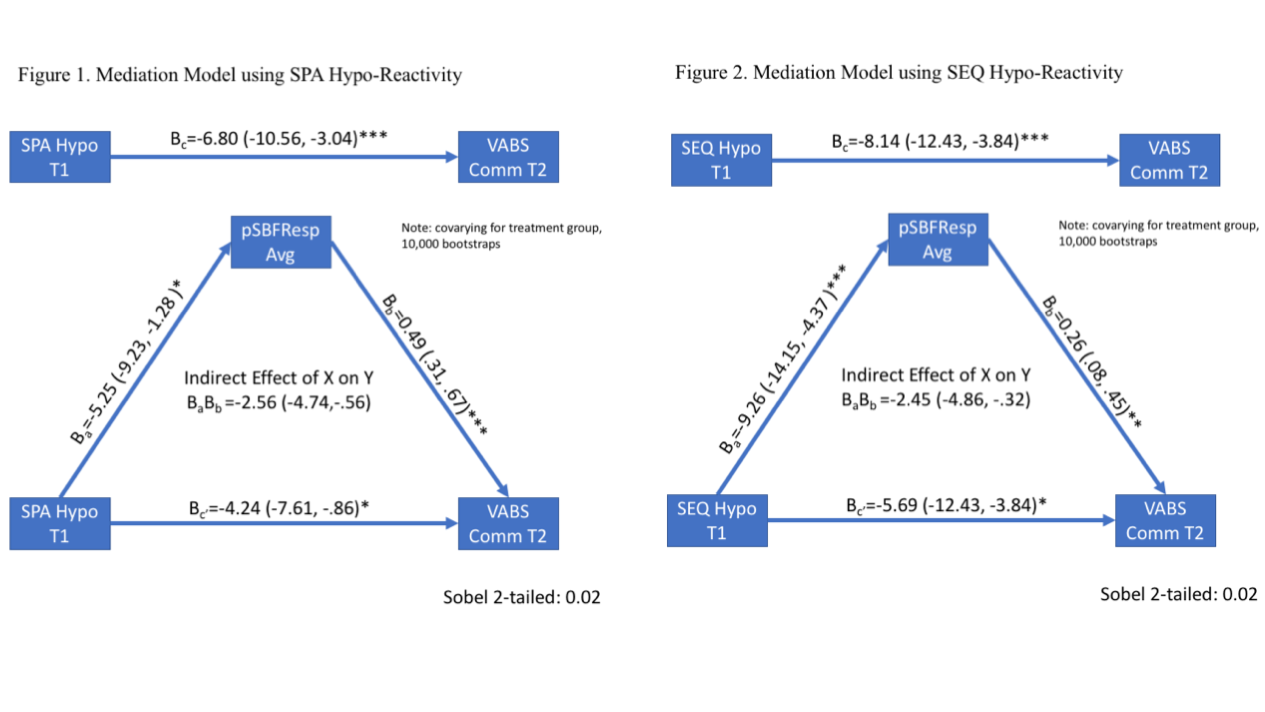