31987
Autism Spectrum Disorder Is Associated with an Increased Risk of Development of Underweight in Children: A Systematic Review and Meta-Analysis

Objectives: To conduct a systematic review and meta-analysis of the literature to examine the prevalence and relative risk of underweight in children with ASD.

Methods: ProQuest, PubMed, Scopus and Web of Science databases were systematically searched per the PRISMA guidelines (see Figure 1). Results were screened to identify studies that reported the prevalence of underweight in children with ASD and when available, in typically developing control groups. DerSimonian–Laird random‐effects meta‐analyses were performed using the ‘meta’ package in R software to determine the pooled prevalence and the relative risk of underweight among children with ASD. 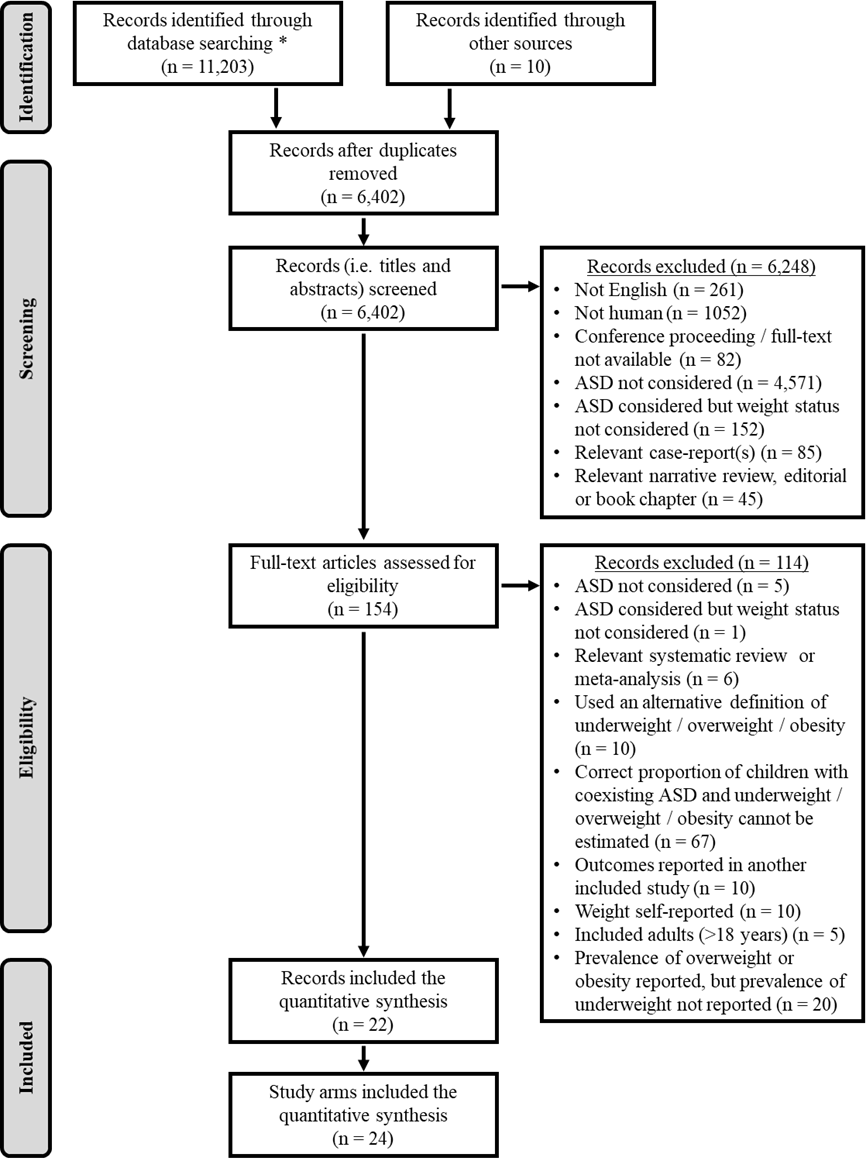