Objectives: To determine the unique influence of ASD and ADHD symptom severity on FER abilities in adolescents with and without ASD. 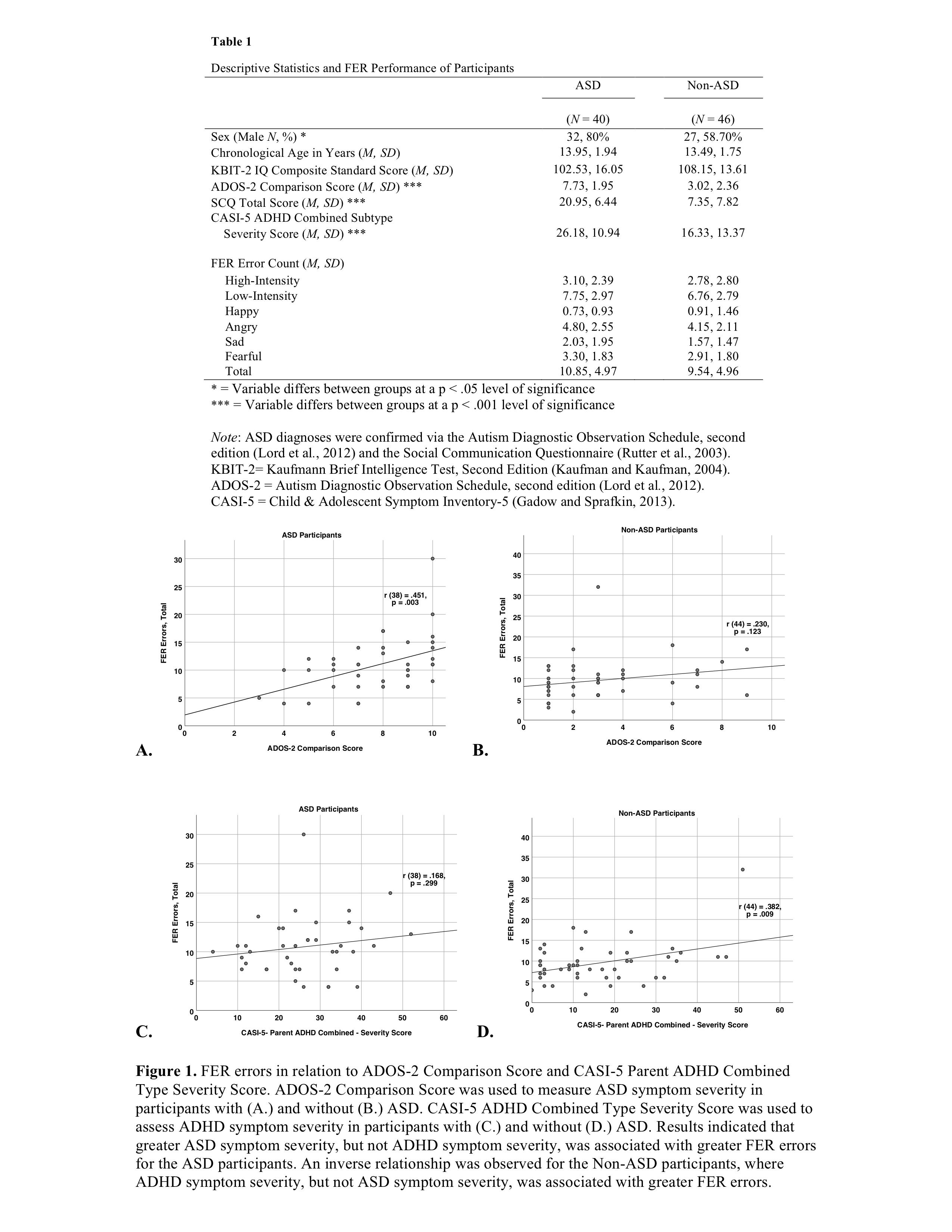