Restricted, repetitive behaviours and interests (RRB) are core features of autism spectrum disorder (ASD), some of which cause significant impairment and disrupt daily life (learning/socialisation). RRB are multi-faceted, ranging from self-injurious behaviour to circumscribed interests. Some evidence suggests that RRB symptoms decrease with age. Besides this, little is known about prognostic markers of RRB change, particularly outside toddlerhood. Here we test whether anxiety, sensory processing and/or executive function play a role.

To examine stability/change in RRB, in total and across different subdomains, and investigate factors that may predict change.

We found RRB stability was considerably more frequent than change, though there was some evidence for overall RRB reduction over time. Males were over-represented in those who ‘improved’, whilst females were over-represented in those who ‘worsened’. Findings support the close links between RRB, anxiety and sensory symptoms, but do not provide evidence for an EF role. Future research should further consider the mechanisms by which RRB symptoms ameliorate or deteriorate. 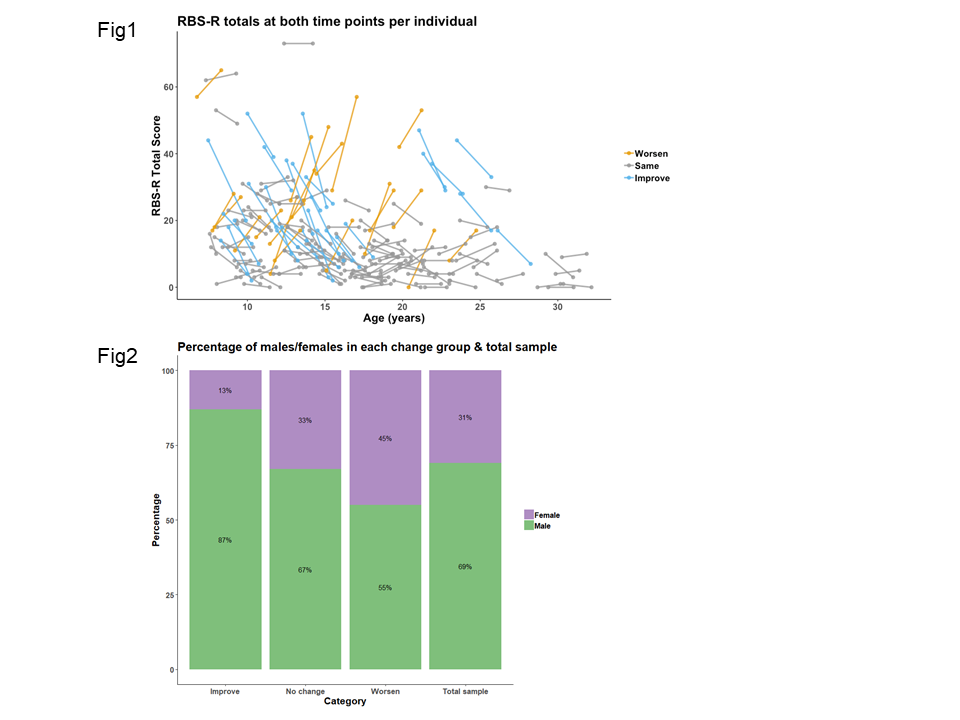