Objectives: (1) To test whether preschoolers with ASD differ from typically developing (TD) controls in the magnitude of changes in SCL (ΔSCL) to real-world probes eliciting fear, anger, and joy (2) To test if ΔSCL is associated with autism severity at preschool age. Based on findings at 24months, we hypothesized that preschoolers with ASD will show greater ΔSCL in response to Anger and lower ΔSCL in response to Fear probes but not Joy probes in the ASD group.

Methods: Participants included 29 preschoolers with ASD and 41 age-matched TD controls (age: M=39.3mo, SD=3.1). ΔSCL was measured in response to multi-trial conditions eliciting Fear, Anger or Joy based on the Laboratory-Temperament Assessment Battery (Goldsmith & Rothbart,1999), using the Affectiva Q-Sensor placed on the participants’ ankle. ΔSCL was calculated between the start and end of each trial and averaged within each condition. Autism severity was assessed using the Autism Diagnostic Observation Schedule, 2ndedition (ADOS-2, Lord et al.,2012). 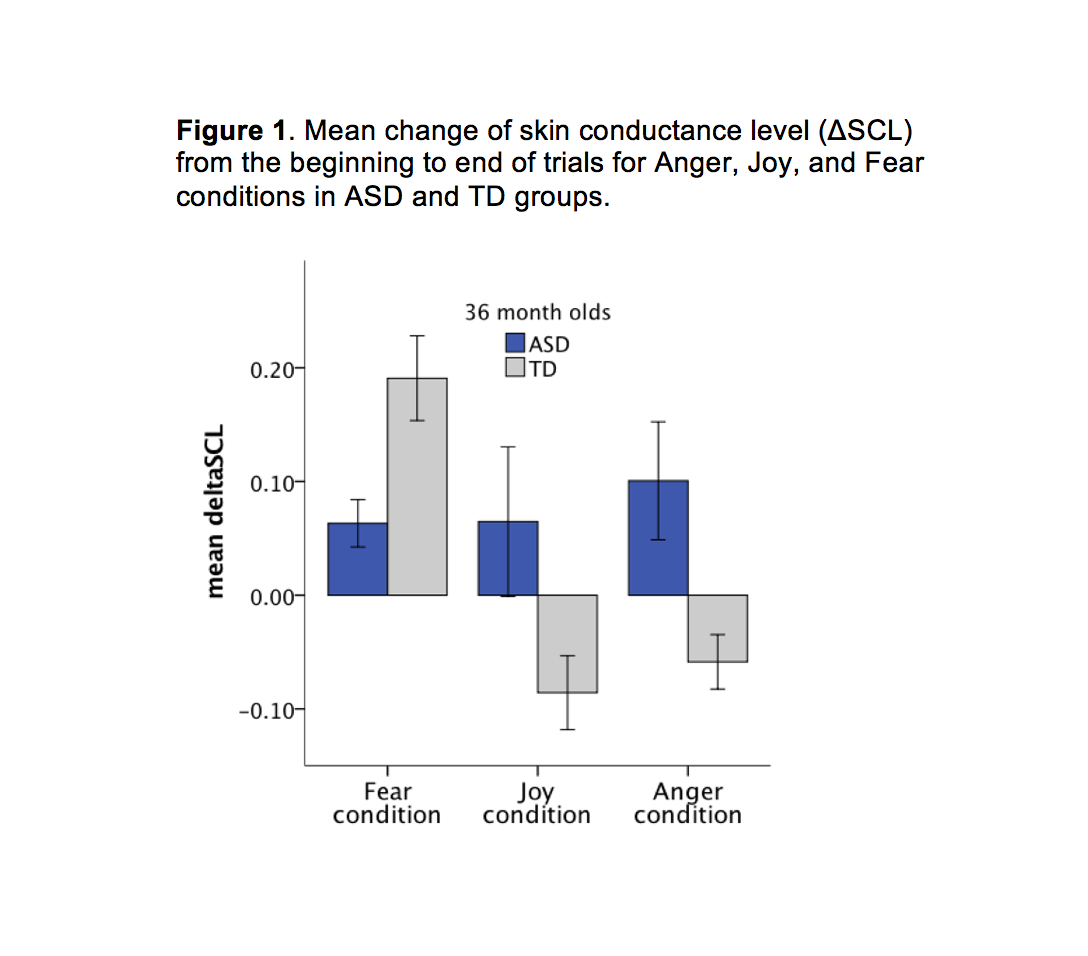